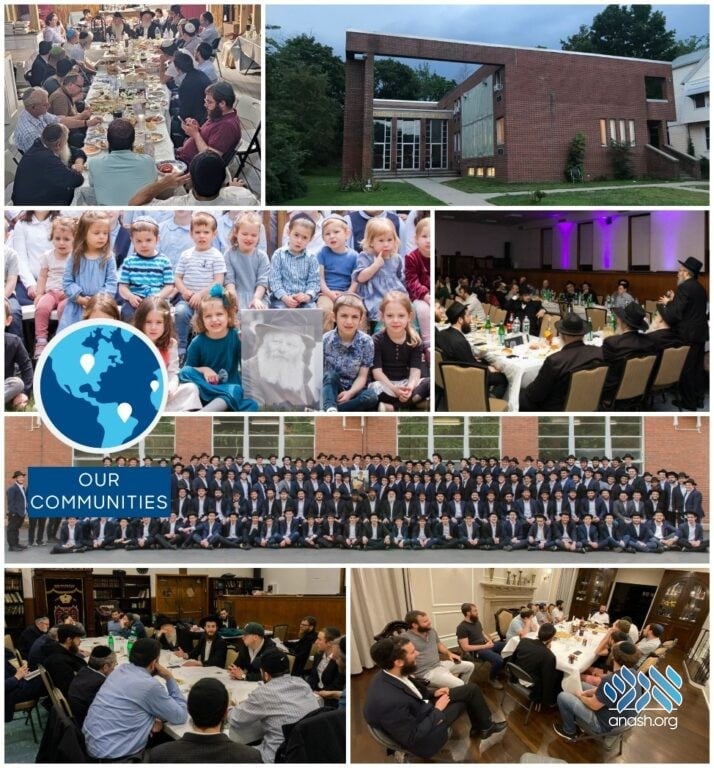 Our Communities: Established by the Frierdiker Rebbe as a center for Chabad chinuch in ‘the new world’, the anash community of New Haven, CT now boasts close to 150 families and a number of thriving educational institutions.

It was 1957 and Reb Dovid and Sara Deitsch were faced with a dilemma.

“We were living in Norwalk, CT, and there was no proper chinuch available,” recalls their daughter, Mrs. Rochel Sandman. “Most of our family had moved to Crown Heights, but my father had started his own business and all of his contacts were in Connecticut. The Rebbe told my parents to move to New Haven where there was an Achei Tmimim school.”

Yeshiva Achei Tmimim Lubavitch, also known as Southern Connecticut Hebrew Academy had been established over a decade earlier by Rabbi Moshe Yitzchak and Rivka Hecht, whom the Frierdiker Rebbe had specially selected for this mission. In 1946, four children began learning with the Hechts in a private home. Within three years, there were 120 students attending the school in its newly renovated building, and in 1970, the Hechts built a large, sprawling campus to host the elementary and Bais Chana, the first high school to be named for the Rebbe’s mother.

“The Rebbe was very interested and involved in the details of the school, which was one of the first Lubavitch mosdos to be built from scratch,” says Rabbi Shea Hecht, shliach to Orange, CT. “Rebbetzin Chaya Mushka herself once arrived unexpectedly to see the premises. The Rebbe later told my father that the Rebbetzin had been impressed with how beautiful the building was.”

In 1976, the Deitschs started a yeshiva gedolah in their home. A small group of older bochurim – a minyan – learned during the day and were involved in tzarchei tzibur in the evenings. They made programs for the children of local anash, learned with baleibatim, and brought chayus and a chassidishe atmosphere to the kehillah. Over the next few decades, an increasing number of Anash began moving down; most of them came to work in Reb Dovid’s factory or to help run the yeshiva.

“When we moved to New Haven 28 years ago, there were around 20 anash families living here,” says Mrs. Basya Deitsch, whose husband R’ Mendel is continuing his grandfather’s work in the yeshiva and community together with his brother R’ Yasef. “The yeshiva consisted of 20 bochurim. A N’shei Chabad event would have between a dozen and twenty women in attendance.”

Then, in 2005, a mesivta was established in Reb Dovid’s memory, with one class of twenty students. The institution quickly grew, and Yeshivas Bais Dovid Shlomo now boasts a quality mesivta and zal program with over 150 bochurim learning on premises each year.

In the decade and a half since the mesivta opened, the community’s growth has exploded, Basya says. “Today, there are close to 150 families living here, and there are 200 bochurim and staff involved in the yeshiva. A N’shei Chabad event can easily attract 80 women.”

Despite the rapid growth, the atmosphere hasn’t changed much, locals say. The community is a warm one, and there is a big emphasis on chesed.

“The community here is close-knit and open,” says Emmett Gilles, who moved to New Haven with his wife Rivka four years ago. “There are no strongly defined boundaries between different groups.  People have big hearts and support one another in a lot of different ways. It’s part of what draws people to move here.”

As a child, Mrs. Sandman remembers her father going to great lengths to make kosher food available at the highest standard. “My father would have his business truck make a weekly stop in Crown Heights to pick up kosher and cholov yisroel items that were not available locally. There was no fee for this delivery, and it enabled people here to keep a level of kashrus that the Rebbe was strongly encouraging.”

To this day, many anash in New Haven rely on weekly deliveries from Crown Heights stores such as the Marketplace and Raskin’s for all of their kosher needs. The community’s close proximity to New York is convenient for other reasons, too – many residents have family there, and some even commute there every day for work.

As families continue to move into the neighborhood, new programs and initiatives are springing up around town.

“A few years ago, a cheder was opened right in the neighborhood,” says Dovid Leib Marasow. “Since then, a new shul has opened to cater to a younger crowd, and there are minyanim, shiurim, and farbrengens being initiated by members of the anash community.”

Among the mosdos started in the past few years is a kollel where young newlyweds and older bochurim learn full time. Some of the couples who move to New Haven to join the program end up staying in the community after completing their studies. There is also a Sunday morning kollel in which all anash are encouraged to participate.

While the opportunities for learning and community involvement are increasing, housing is becoming harder to find. With houses selling at lighting speed and rentals becoming more sparse, realtor Mrs. Dini Edelkopf recommends finding an expert you can trust to help you navigate the current market.

“Last spring, several houses went up for sale and each one received a dozen offers,” Dini says. “Someone who lives in the community and knows the market well can often anticipate opportunities that will become available, and can help clients get ahead in the search for a home.”

Mrs. Bassie Kalmanson, who moved to New Haven 30 years ago, describes one sign of the kehillah’s growth that warms her heart. “When I look out my window on Shabbos, I see children walking and playing together, returning from their groups and Chassidus clubs. I feel like I’m back in Crown Heights!”