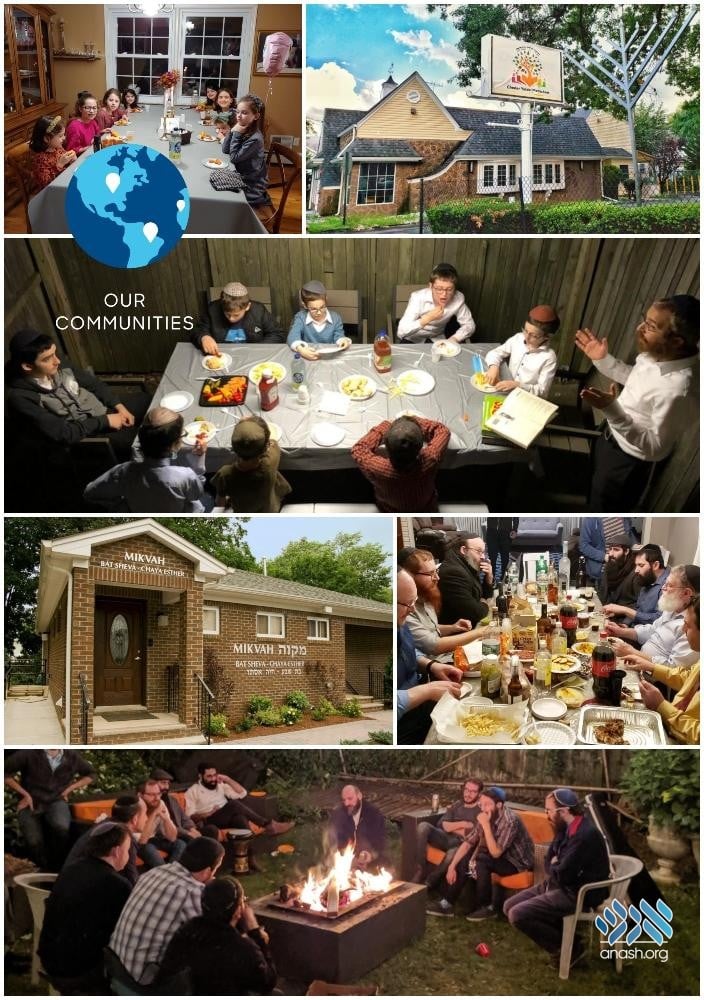 Our Communities: With its quiet suburban ambiance, lush greenery, cheap housing and close proximity to everything New York, Hillside is ‘one of the tri-state area’s best kept secrets,’ locals say.

If you ask a Lubavitcher in Hillside, NJ what makes them stand out as a community, they’ll likely tell you that they don’t.

“We’re the best kept secret in this neck of the woods,” Yitzchok Moully, a proud member of the up-and-coming community, told Anash.org. “We’re so close to Crown Heights, the houses are cheap, and there’s a great infrastructure here – the type of place people should flock to if they know about it.”

The community is still small, but its growth is steady, with an average of ten to fifteen families joining its ranks each year. Hillside itself has a large Modern Orthodox community; locals estimate there are approximately 300 frum families living in the area. A much larger frum community can be found just 5 minutes away, in Elizabeth, New Jersey.

“There’s a great atmosphere between the different communities,” said Levi Kumer, who was one of the first to move down to the area close to 6 years ago. “There are many non-Lubavitchers who participate in Chabad minyanim, programs and farbrengens, and we all get along well.”

There are several non-Chabad schools in the area, but most of the anash send their children to the chadorim in Morristown and New Brunswick; the drive takes about 40 minutes, Kumer says.

“There’s also a nice selection of kosher here – we have a kosher grocery store, and there are several restaurant options here as well. A much wider variety is available in Teaneck, which is not too far from here.”

Bris Avrohom, the Chabad shul which the anash attend, was established in 1979 by Rabbi Mordechai and Mrs. Shterny Kanelsky as a center of outreach for Yidden who had emigrated from Russia. As children growing up in the Soviet Union, both Rabbi and Mrs. Kanelsky courageously practiced their Yiddishkeit and endured much hardship as a result. Though they spent their first few decades in New Jersey working solely with Russians, the community dynamic began to shift several years ago when anash started moving in.

“We’re a ‘for the people, by the people’ type of community,” Moully said. “There are many shiurim, farbrengens and anash get-togethers that are self organized. But the Kanelskys have really embraced and celebrated this new element to their community. They do everything they can to help develop and support the infrastructure an anash community needs in order to flourish.”

There are minyanim three times a day at Bris Avrohom, and several chassidus shiurim each week. Rabbi Avremi and Mrs. Chaya Kanelsky, whose guidance and support are sought out by young families who move to the area, invest a great deal of energy into providing anash children with programs that are tailor made for them.

The youngsters enjoy an engaging junior minyan each Shabbos, a monthly kids’ farbrengen and  various activities like Avos Ubanim over the course of the year. The Kanelskys also organize events for each yom tov and farbrengens for the yamei depagra.

One of the best things about living in Hillside, locals say, is that there is such an easy and pleasant atmosphere among those living there.

“People here aren’t ‘clique-y’,” said Hillside realtor Joshua Greenblatt. “We’re a warm and united group, and everyone invites each other over for Shabbos and supports each other through good and hard times. It’s not too small, and not too big – you won’t get lost here.

“It’s also a very quiet, safe neighborhood. We’re close to everything, but far out enough that we don’t get much noise or traffic. You can walk to the transit stations, board a train and arrive at Penn Station within 25 minutes; there’s lots of shopping nearby, and it takes less than an hour to drive to Crown Heights.

“We’re five minutes from Newark airport, but we’re not under the flight path, so we don’t get planes flying over us at all hours. We get all of these benefits without the inconveniences that often come along with them.”

As the number of anash families in Hillside grows, the community is focusing its efforts on developing a stronger, more established community infrastructure. Some initiatives come about through deliberate planning, while others are spontaneous ideas that turn into community traditions.

On Purim day, 2015, tri-state area Jews were blindsided by an unexpected blizzard. Many Hillside Lubavitchers, who had made plans to travel to family in Crown Heights for the seudah, found themselves stuck. With the roads closed, they had no way of getting themselves, their families and the food they had made to Crown Heights.

“People in the community began calling each other to swap stories of closed roads and cancelled plans,” Moully said. “They decided to get together as a community for seudas Purim. I wasn’t living here yet, but I heard much about it after I arrived; everyone had enjoyed it so much, they decided to continue the tradition.

“Eventually the community grew too much to include everyone in one potluck seudah, but we still get together every year for a Purim party outside my house. There’s a really pleasant, productive atmosphere here – we take care of ourselves as a kehilla, pulling together and finding ways to meet the community’s growing needs.”

Nearby Anash communities: Crown Heights – under an hour’s drive