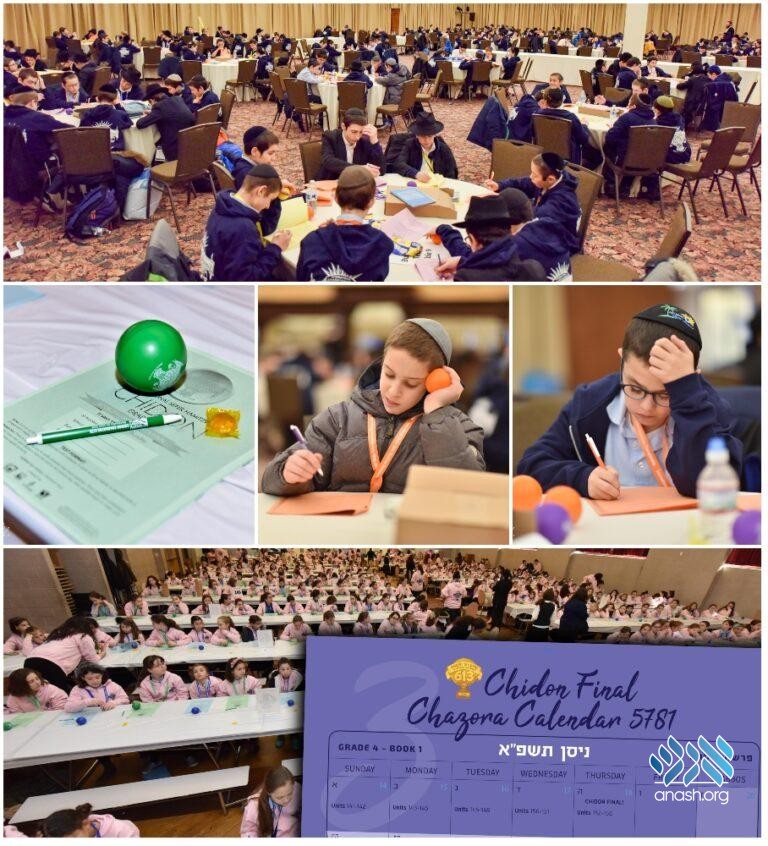 Months of study and hard work will be culminating this coming week with the Chidon Final of 5781, and children are using the remaining time to review the mitzvos the learned during the past months.

Thousands of children around the globe will be using every spare minute of the next week to prepare for the grand Chidon Final of 5781, which will be taking place on Thursday, 5 Nissan, 5781.

Over the past four months, over 5,000 students from schools in 33 countries have been studying, reviewing and taking tests on the material for the Chidon.

This coming week, the hard work of the thousands of children will culminate with a grand final on the entire Yahadus book that they learned during the year. Children are spending their breaks, recesses, and time at home to prepare for the final to ensure their award during the Chidon of 5781.

During the test, each grade on the one they completed this year. Children will have to remember all hundred plus mitzvos from the book, and answer questions on each one.

“What is most incredible about the test is the scope of it, a detail some don’t realize,” Rabbi Shimmy Weinbaum, general of the Chayolei Tzivos Hashem brigade, told Anash.org. “Each mitzvah box has approximately six components the child must remember; the name, who it applies to, the source, etc. In addition, there is an average of ten details per unit. That means that each child is being tested on over 1,500 mitzvah specifics!”

Every child who receives a passing mark will be getting a reward from Chidon Headquarters. For a 60% mark, children receive a certificate. 70% gets them a plaque, and 80% a stage plaque, and 90% gets them a medal and a mention at the grand Chidon Event.

“The review being done now by the children is a critical one,” said Rabbi Mendel Wolowik, Chidon coordinator. “It gives the children initiative to relearn the mitzvos they studied over the past half-year, ensuring that they will retain the knowledge for years to come.”

Over the next week, until the final, you will be able to spot children in 503 cities around the globe spending every waking moment reviewing one mitzvah after the other.