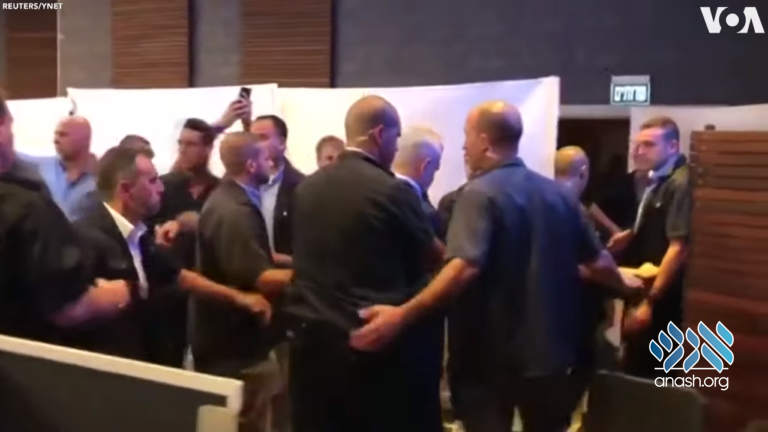 Terrorists from the Gaza Strip launched rockets at Israel again on Tuesday night.

Just after 9:06 p.m. Israel time, red alert sirens sounded in numerous southern cities in Israel including Ashdod, Ashkelon, and other towns and moshavim in the northern Gaza periphery. Residents immediately fled for cover and rushed into their protective rooms. The Iron dome anti-missile defense battery was launched and destroyed at least one rocket.

At the time of the siren, Prime Minister Binyamin Netanyahu was giving a campaign speech at a conference in Ashdod. He was rushed off the stage by his security personnel when the siren began.

Around 15 minutes later, he returned to cheering crowds.

Avigdor Lieberman from Yisrael Beiteinu and Gabi Ashkenazi from Blue and White were also reportedly visiting the south when the sirens went off.

Both Magen David Adom and United Hatzalah reported that they did not receive any emergency calls of injured people as a result of the rockets.