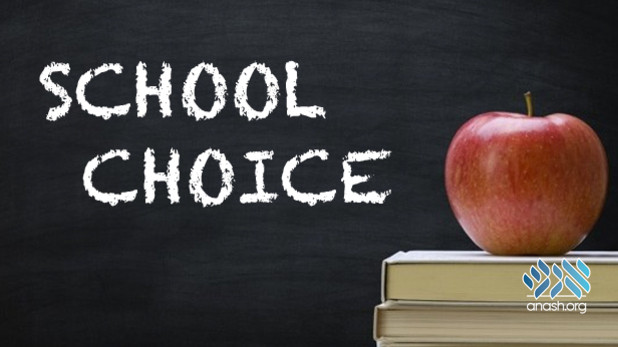 This article was recently featured in Mizman Lizman, a chinuch periodical published by the Chinuch Office, under the leadership of Rabbi Nochum Kaplan.

Education Next, a program at Harvard University’s Program on Education Policy and Governance, has released their annual poll on education, which includes statistics on support levels for School Choice. The polling indicates increasing levels of support for Choice Programs.

According to the poll, support for vouchers for low-income families has risen from 37 percent in 2016, to 49 percent as of today. Meanwhile, 55 percent now support universal vouchers, including 61 percent of Republicans, and 52 percent of Democrats. Support for tax credit scholarships now stands at 58 percent.

According to the researchers, “Even in an era of polarization, tax credits retain bipartisan favor. Sixty-five percent of Republicans like the idea, as compared to Forty-nine percent in 2016. But the increase in Republican approval has not engendered polarization. In 2016, a 57 percent majority among Democrats favored the idea. That percentage has not changed materially in any subsequent year.”

The polling also bore good news for Secretary DeVos’ proposed “Education Freedom Scholarships,” which would establish a federal tax credit to encourage donations to scholarship granting organizations in the states.

According to Education Next, “Nor does the public seem to care whether it is the state government that offers the tax credit, as in 18 current state programs, or if it is the federal government, as DeVos proposes. We learned this by asking half of the respondents a version of the question that said the credits would be offered by the feds. This version elicited a level of support—57 percent—that is statistically similar to what we observe when the federal government is not mentioned.”

Secretary DeVos released a statement, saying, “American families want more control and more options when it comes to education, which is why every poll conducted shows the growing, bipartisan support for education freedom.”

Based on an article in the September issue of CAPE Outlook