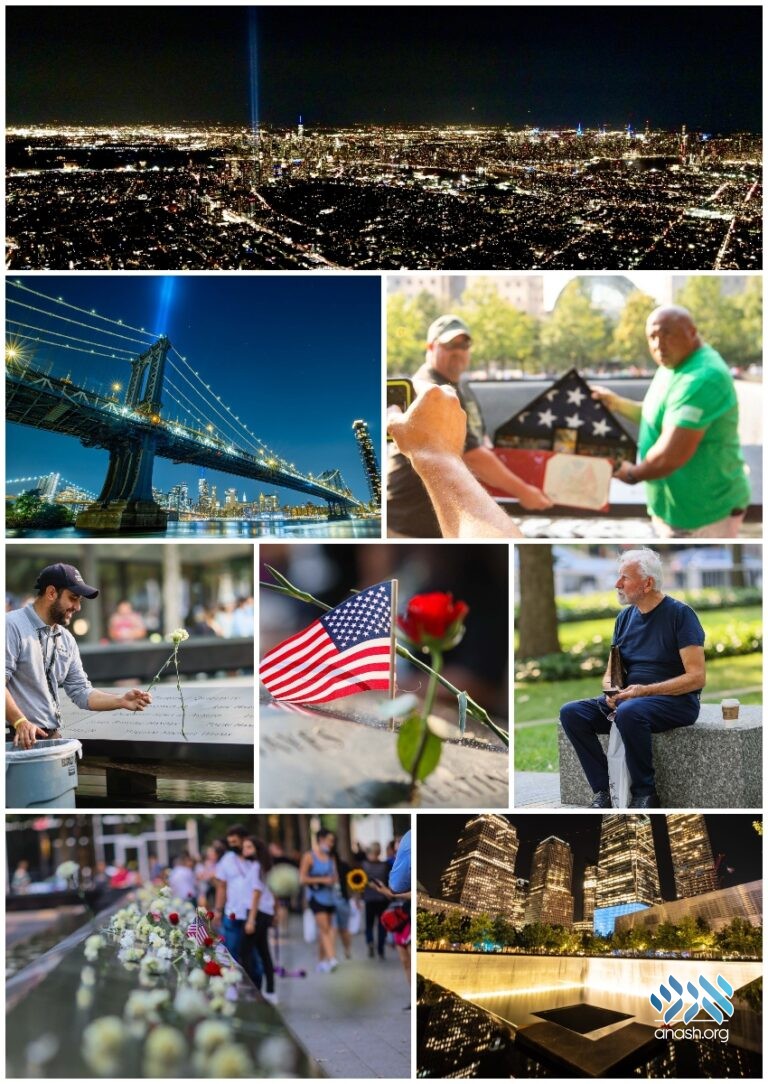 As the United States solemnly marked the 20th anniversary of the 9/11 attacks, Americans from all backgrounds paid respects at the sites where hijacked planes killed nearly 3,000 people in the deadly terror attack.

(All pictures were taken Motzei Shabbos and Sunday.)