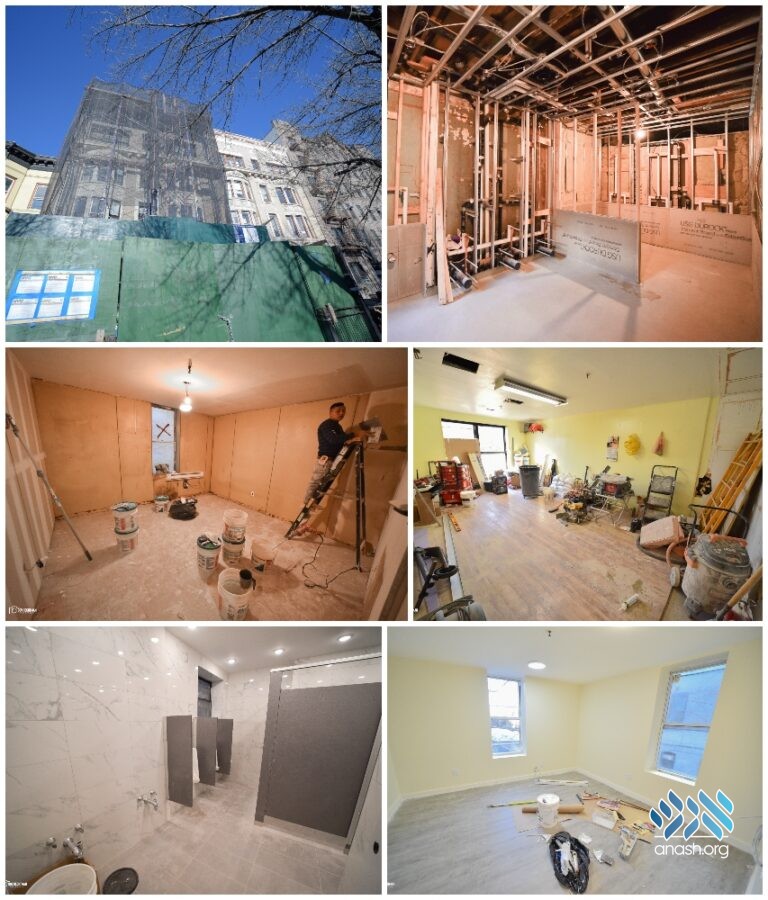 Having recently purchased the 749 dormitory building from the ‘United Lubavitcher Yeshivoth’ corporation, Igud Talmidei Hakvutzah has begun extensive renovations on 749 to bring the dormitory up to grade.

Having recently purchased the 749 dormitory building, Igud Talmidei Hakvutzah has begun extensive renovations on 749 to bring the dormitory up to grade.

Since the late 1960s, the four-story building at 749 Eastern Parkway has served as a dormitory for bochurim learning at the Central Yeshiva Tomchei Temimim located at 770 Eastern Parkway, right across the street. The Rebbe visited the building on a number of occasions to see how the bochurim conducted the seder of the night of Pesach.

Around 15 years ago, a spacious mikvah was added in the basement of the building that is now used by hundreds of bochurim and community members daily.

But years of neglect have allowed the building to deteriorate into unlivable conditions. Last year, a faulty wire caused a fire to break out at the dormitory causing further damage.

As first reported here on Anash.org, following decades of legal and financial issues, the administration of United Lubavitcher Yeshivoth sold the iconic 749 dormitory building to the Igud Talmidei Hakvutzah organization, which provides an alternative ‘Kevutza’ framework for bochurim who travel from Eretz Yisroel to study in New York.

Additionally, the four-story building located at 755 Eastern Parkway, next door to the dormitory at 749 Eastern Parkway, was also recently purchased by Igud Talmidei Hakvutzah for the benefit of Tomchei Temimim 770.

Sources told Anash.org that the building, together with the neighboring 755 building, will eventually be made into one large dormitory building to house hundreds of Israeli bochurim studying in 770, under the auspices of Igud Talmidei Hakvutzah.

Until that happens, however, the current renovations at 749 will provide the bochurim with a place to stay that it both beautiful and practical. Hundreds of bochurim are sure to enjoy the new building every year, allowing them to focus on their studies in 770 across the street.