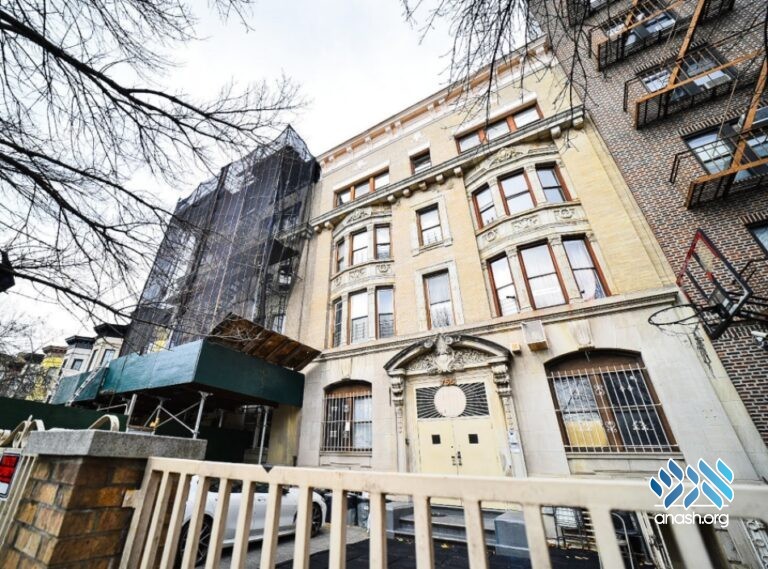 An unusual cooperation between 770 Yeshiva, Igud Talmidei Hakvutzah, and Oholei Torah secured a high-stakes building located right across Chabad World Headquarters. Each one of the three mosdos will benefit from the move.

When a building in a prime spot on Eastern Parkway went up for sale, residents expected a full-out bidding war and a sky-high final price. But an unusual cooperation between 770 Yeshiva, Igud Talmidei Hakvutzah and Oholei Torah secured the building, with each of the mosdos benefiting from the move.

Located directly across Chabad World Headquarters at 770 Eastern Parkway, and in close proximity to the Kingston Avenue subway station and many shops and restaurants, the building sits at a prime location, desired by mosdos, developers and local residents. So when the building was put up for sale, the natural expectation would be a bidding war that would raise the price to astronomical sums.

Yet, despite all odds, one mossad was determined to get its hands on the building. Having recently purchased the 749 dormitory building from the ‘United Lubavitcher Yeshivoth’ corporation, Igud Talmidei Hakvutzah had already begun extensive renovations on 749 to bring the dormitory up to grade. The purchase of the neighboring building would allow them to expand, doubling the size of the dormitory and enabling them to service more than double the amount of bochurim.

Very soon, however, a number of organizations began expressing interest in the building, and a bidding war seemed inevitable. At that point, the administration of the 770 Yeshiva stepped in to help the Igud acquire the building. The move was especially noteworthy as the administration had never approved the sale of the 749 building to the Igud, and the current move would grant a de facto recognition of the sale.

To finalize the sale, the administration met with members of Oholei Torah administration, who agreed to assist the Igud in closing the deal. Finally, after a lot of back-and-forth, the building was able to be acquired by Igud Talmidei Hakvutzah.

Sources tell Anash.org that the building, together with the neighboring 749 building, will be made into one large dormitory building to house hundreds of Israeli bochurim studying in 770, under the auspicies of Igud Talmidei Hakvutzah. The offices of the Yeshiva administration will also be housed there, after moving out of the house across the street, which currently is being converted for use by the Central Chabad Library.

Oholei Torah will also benefit for their help, with use of the building for one year granted to them, while the work to get permits and begin construction for the new dormitory facilities is underway.

According to individuals involved in the purchase, future plans involve tearing down the buildings and building a multi-story new dormitory building. However, that process may take a number of years, and in the meanwhile the building will already be put to use to help enhance the yeshiva experience of the bochurim in 770.