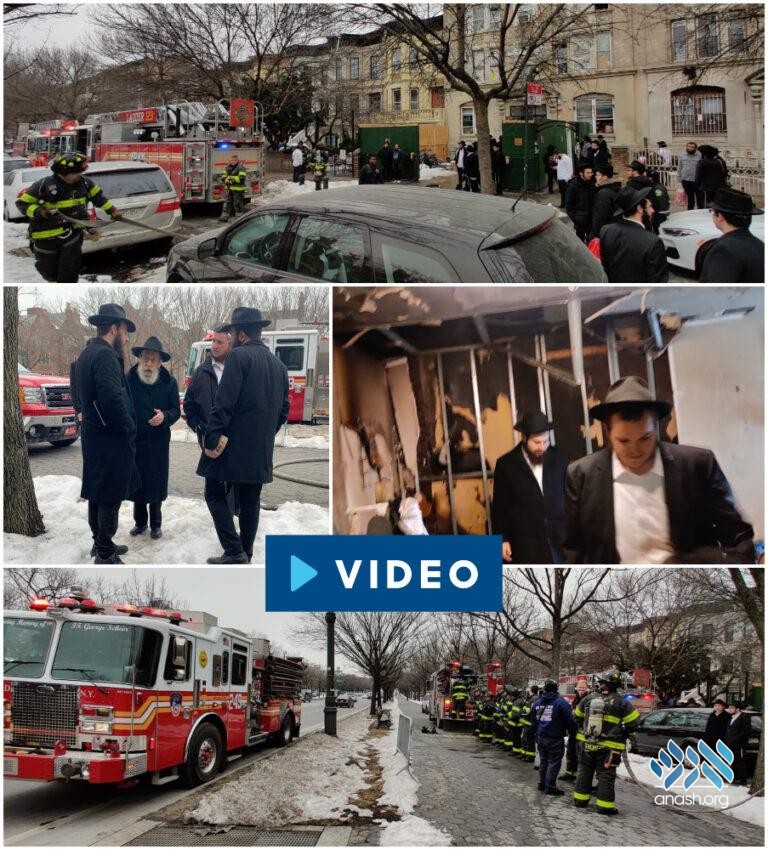 A faulty wire caused a fire to break out at the 749 dormitory building, forcing all bochurim to evacuate the building. Firefighters were able to extinguish the blaze, and no injuries were reported.

A faulty wire caused a fire to break out at the dormitory building at 749 Eastern Parkway, forcing an evacuation of the building until the blaze was put out.

The building houses bochurim who study in the Central Lubavitcher Yeshiva at 770 Eastern Parkway, and the basement houses a mikvah that is used by hundreds of people daily.

Firefighters immediately rushed to the scene and were able to extinguish the fire in a short amount of time. No injuries were reported, but the fire caused a significant amount of damage to bochurim’s property.