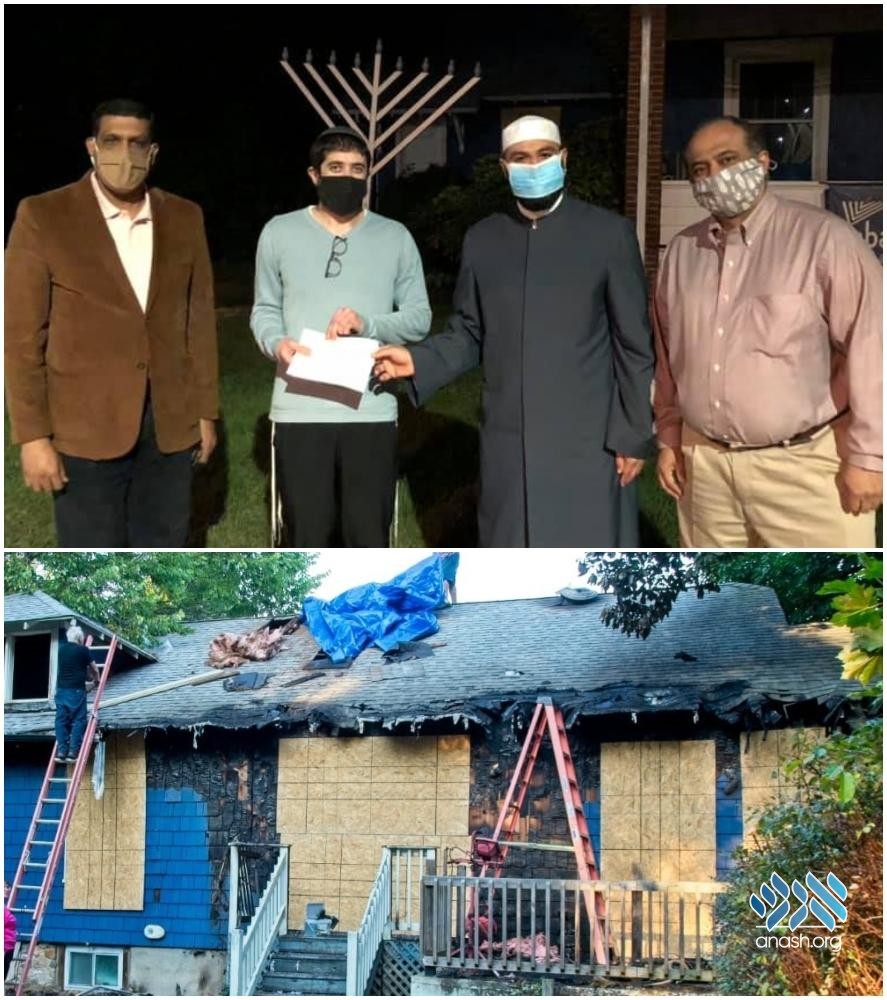 Following the arson that destroyed the Chabad House at Delaware University last month, the Islamic Society of Delaware joined many others by raising money to rebuild the Chabad House. This past week, they presented the check to Shliach Rabbi Avremi Vogel.

Following a devastating fire that destroyed Chabad of Delaware University last month, an outpouring of support was shown to the shluchim and the Jewish comunity.

Among those who rallied behind the shluchim were elected officials, presidential nominee Joe Biden, and tens of thousands from across the world who donated on online platforms. Nevertheless, the most recent donation was a noteworthy one.

Following the fire, the Islamic Society of Delaware began their own fundraiser to help purchase a new Chabad House. This past week, they met with Shliach Rabbi Avremi Vogel and presented him with a check for the $4,500 they had raised.

“Thank you to the Islamic Society of Delaware for standing together with the Jewish community at UD,” Rabbi Vogel wrote on Facebook. “They were not approached or solicited, yet they felt it was their duty to stand together as a community and show their support.”

On their own Facebook page, the Islamic Society of Delaware related how the fundraiser had come to be.

“When the Chabad House at the University of Delaware campus was set on fire, by an arsonist a few months ago, the Islamic Society of Delaware and the Muslim community of DE came together to show solidarity with the local Jewish community and the Jewish students of UD, in particular,” they wrote, in a post signed by the society’s heads.

“Holding steadfast to its interfaith principles, ISD initiated a fundraising initiative to help Chabad House reconstruct their building. And through our community’s contributions, we were able to raise $4500,” they said.