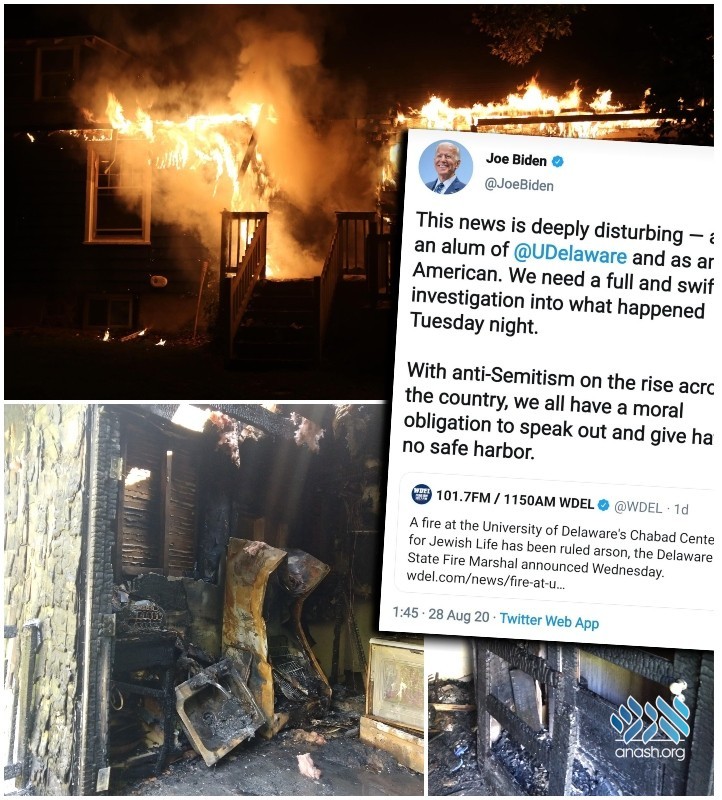 Presidential candidate Joe Biden joined the growing number of leaders rallying behind the Chabad Center for Jewish Life at the University of Delaware, following Tuesday’s fire.

Presidential candidate and former vice-president Joe Biden joined the growing number of leaders condemning the arson at the University of Delaware’s Chabad House on Tuesday night.

“This news is deeply disturbing — as an alum of @UDelaware and as an American,” Biden tweeted on Thursday. “We need a full and swift investigation into what happened Tuesday night.”

A devastating fire burned in the Chabad House on Tuesday night which investigators have ruled an act of arson.

“With anti-Semitism on the rise across the country,” Biden stated, “we all have a moral obligation to speak out and give hate no safe harbor.”

Biden is usually quick to condemn anti-Semitism and on the first anniversary of the Poway shooting, he presented a plan to combat hate “whatever the source, Right, Left or Center.”