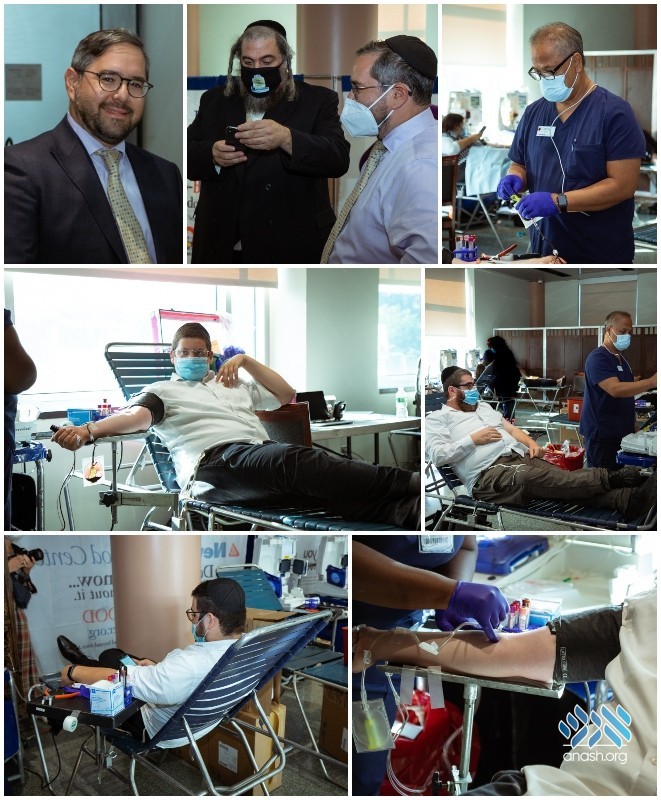 A blood and plasma drive took place in JCM in Crown Heights on Thursday, with the founders of COVID Plasma Initiative and a photographer from the Wall Street Journal.

The plasma drives in the Crown Heights community continues to attract the attention of the national media.

Over the past few months, the community has been at the forefront of plasma donation, holding numerous drives, including the historic first plasma drive held outside of a official blood center.

On Thursday, another such drive was held in the Jewish Children’s Museum. Attending the drive were the founders of COVID Plasma Initiative Chaim Lebovits of Monsey, N.Y. and Mordy Serle of Flatbush, as well as a photographer for the Wall Street Journal.

“For anyone involved, it has been impossible not to notice that the vast majority of plasma donations are coming out of the Frum communities,” Mordy Serle told Anash.org. “With coronavirus spiking across the country, the government is desperate for other communities to step up as well.”