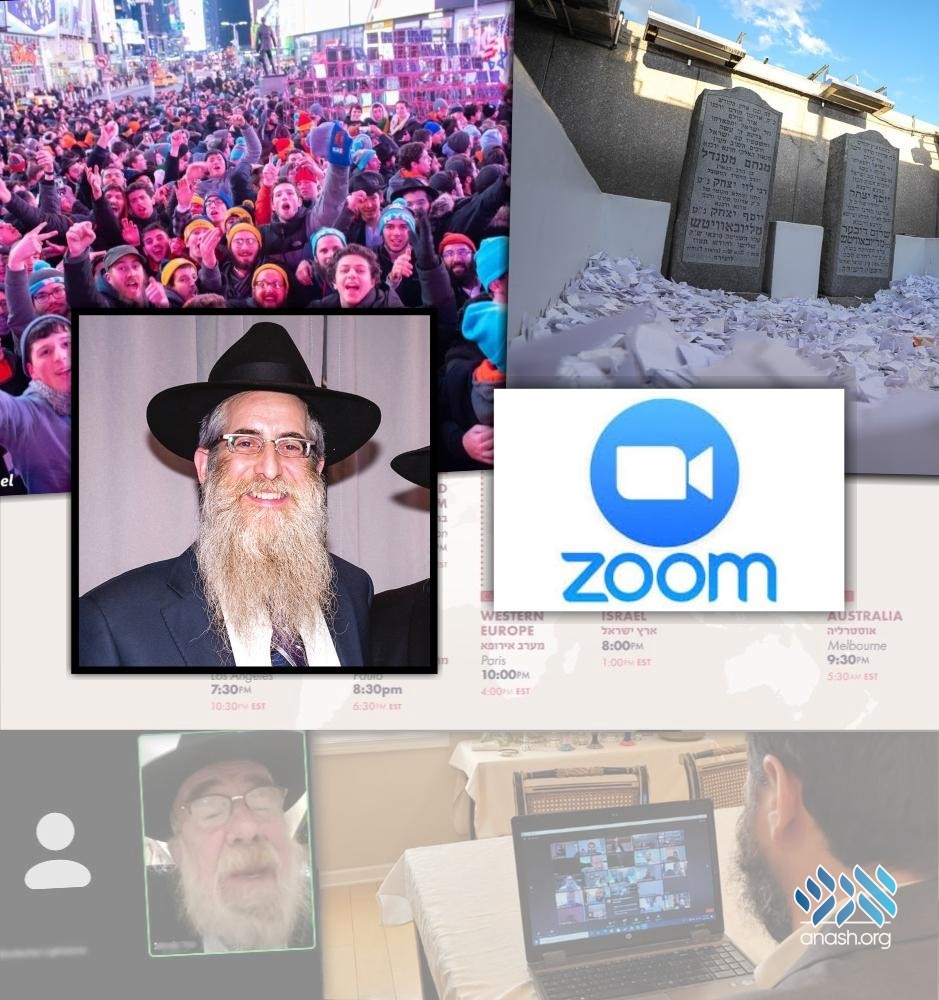 Stories from the Longest Zoom: Two sisters from Plano, TX wanted to attend the CTeen shabaton. Their parents said absolutely not, then suddenly changed their minds. Their explanation left the girls -and their shluchim – stunned.

As told by Rabbi Mendel Block of Plano, TX

Stephanie and Vicky Blitshtein attended Camp Gan Israel of Plano each summer; growing up, it was the highlight of their year. When they became too old to be campers, they returned as junior counselors and then as counselors. The girls who came from out of town to run the camp each summer had a big hashpa’ah on them.

One particular counselor named Itty spent several summers in Plano. She got to know the family well, and kept up a close friendship with the two sisters. After completing her education, she began working at the CTeen office in Crown Heights.

When Stephanie was in her senior year of high school, Itty called and told her about the upcoming CTeen shabaton in New York. Come, she said, you’ll have a great time.

“But you know my parents,” Stephanie responded in surprise. “You remember that they would never allow us to sleep over in the Chabad house for even one night when you were here! How can you think they’d ever let us go to New York?”

Itty did not give up. She told the girls that she would vouch for their safety, and convinced them to ask their parents. The answer came immediately: a clear, unequivocal NO.

Undeterred, Itty continued to check in with them, telling them about the shabaton developments, including a few competitions with a unique prize: tickets to this weekend of a lifetime. Though they knew that their parents were steadfast in their decision, they decided to enter the contests anyway. To their shock, Stephanie won a ticket, and a few weeks later, Vicky won another!

The girls were excited about what they felt was a miracle; they were also afraid to tell their parents that they had entered a competition for tickets to a shabaton they had been forbidden from attending.

Finally, the two sisters mustered up the courage and described what had happened, once again requesting permission to go. Imagine their surprise when their parents not only told them to go, but expressed excitement about the trip!

The girls were curious as to what had caused such a dramatic change of heart, but decided not to ask any questions and risk their parents rethinking this decision.

A delegation of four girls from Plano traveled to New York for the CTeen shabaton that year. It was, they later declared, “one for the books.” They had never experienced anything so exciting and inspiring – like a whole summer of camp packed into one weekend – and far more than that.

Before leaving New York, the girls visited the Ohel; the experience left Stephanie feeling particularly moved. As the group was getting ready to depart, someone handed out flyers for the Bais Chana UnCamp, a three week summer program in Iowa. It sounded magical, and Stephanie really wanted to go.

When the Blitshteins returned home, it was obvious that they were on fire. They recounted every detail of the weekend to their parents, who were ecstatic that they had had such a wonderful time, and had been returned home safely to them.

In New York, Stephanie had already resigned herself to the fact that her parents would never let her go to Bais Chana; seeing their excitement, however, she decided it couldn’t hurt to ask. She showed them the brochure and made her pitch. To her amazement, her parents told her to go, and to take her sister along, too!

At this point, the girls could no longer contain their curiosity. Their parents, particularly their father, had always been so protective of them.

Their father tried answering that it was simply a change of heart, but the girls knew better, and kept pushing him for an answer. Finally, he told them the truth.

“I had a dream,” he said. “The Rabbi who’s on the wall of the Horowitz’s home came to me. He told me that I shouldn’t worry about my daughters – he would make sure that you would be safe in all of your travels – and that I should allow you to go. He reminded me of my own grandfather, and I trusted him.”

The girls were stunned. They knew this picture of the Rebbe well; their family had enjoyed many Shabbos meals in the home of the Horowitz family, who work alongside the Blocks as shluchim. They realized the Rebbe had openly gotten involved to ensure this trip would happen.

The care the Rebbe showed for them and their involvement in Yiddishkeit ended up turning over their lives. Their parents let them go wherever their journey led them, because they now had a promise from the Rebbe.

In fact, this journey turned over the entire city. The next year, the Blitshtein girls brought a group of twenty seven teenagers to the shabaton, and successfully recruited large groups each year after that. Today, they are proud participants and supporters of the Young Jewish Professionals in Plano.

“When I first heard this story, I found myself crying,” Rabbi Block said. “The Rebbe got involved in our shlichus so personally to be mekarev the Yidden here, just when we needed a push.

“The Rebbe is clearly with each of us, giving us kochos and exactly what we need to succeed.”

Thank you to Rabbi Mendel Block for assisting with this article.

More from this series:
The Rebbe Answered Before I Even Asked – Rabbi Lazer Lazaroff
The Light Night Encounter That Saved a Shlichus – Rabbi Itche Meyer Lipszyc