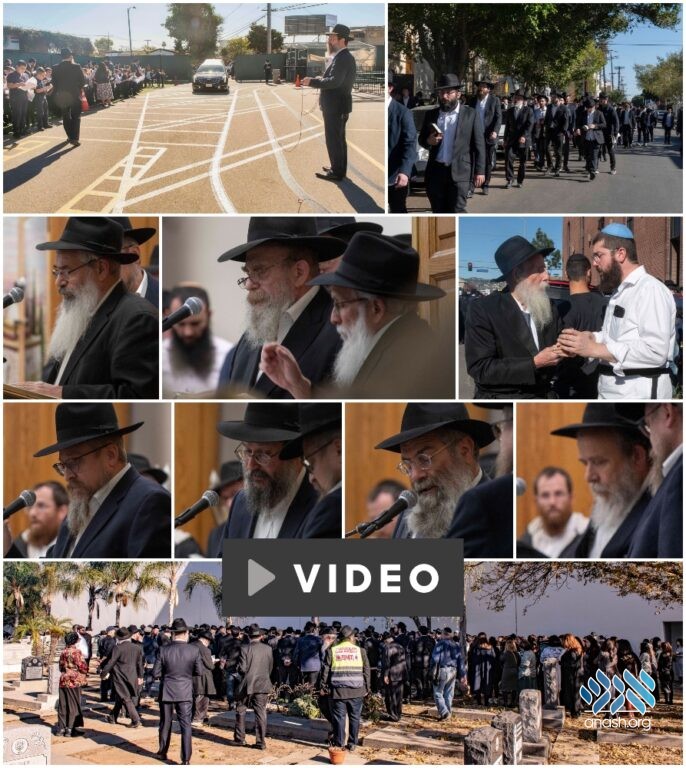 The Chabad community of California turned out en masse for the levaya of their beloved rov, Harav Shimon Raichik on Thursday. The levaya passed by all the Chabad schools in the city before heading to Congregation Levi Yitzchok.

The Chabad community of California turned out en masse for the levaya of their beloved rov, Harav Shimon Raichik on Thursday.

Harav Shimon Raichik, who passed away on Wednesday, Chof Kislev, was universally known and respected as a talmid chochom, and he received sha’alos from Lubavitcher Chassidim across the globe. In California, he stood at the forefront of the wider Jewish community in his position in the city’s Vaad Harabonim, leading the way in issues of kashrus and other topics that arose.

The levaya passed by all Chabad schools in the city, including Yeshiva Ohr Elchonon Chabad, Ohel Chana, Bais Chaya Mushka and Cheder Menachem on its way to Congregation Levi Yitzchak.

In the shul, where Harav Raichik led the congregation for decades, Tehillim was recited, led by his sons-in-law, rabbonim, and by prominent members of the community.

After the recital of Tehillim, Harav Ezra Schochet announced in the name of the Chabad Rabboim, that Harav Raichik’s son, Rabbi Yisroel Noach Raichik, would be succeeding his father as rov of the Chabad community.

The levaya then continued to Mount Olive cemetery, where the kevura was held in close proximity to the kever of logtime S. Monica shliach Harav Avrohom Levitansky.

Rabbi Elozor Raichik is sitting shivah for his dear brother, Harav Shimon Halevi ע”ה Raichik at 1703 Union St., apt. #3B (between Schenectady and Utica) from Sunday night through Wednesday (no minyan necessary):