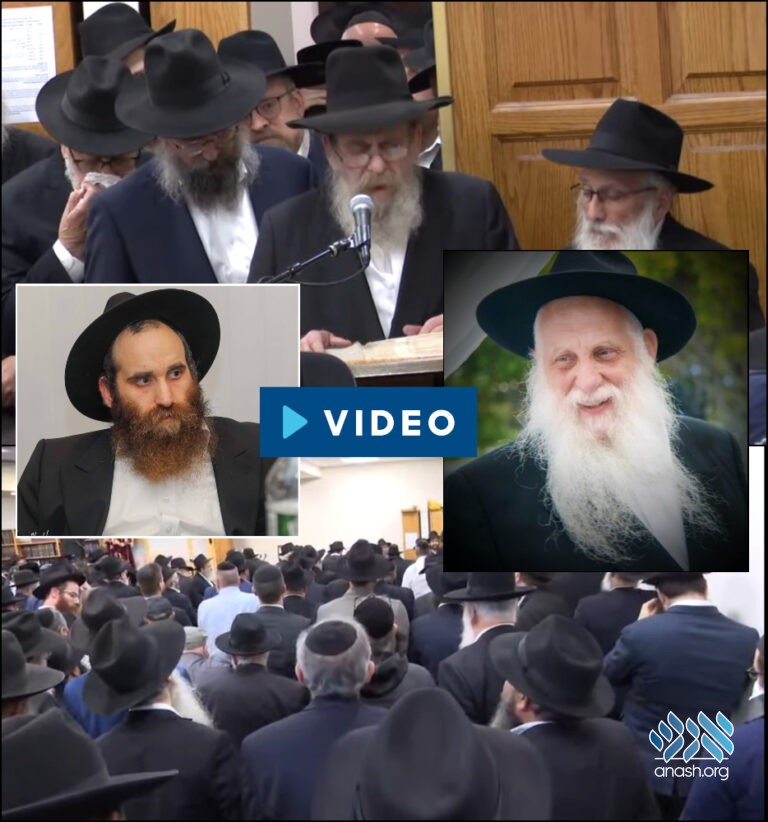 At the funeral of Harav Shimon Raichik, rov of the Chabad community of Los Angeles, Harav Ezra Schochet announced that his son, Rabbi Yisroel Noach Raichik will succeed his position as rov and member of the Los Angeles Vaad Harabonim.

Rabbi Yisroel Noach Raichik, a magid shiur and mashpia in the 770 yeshiva and Oholei Torah of Crown Heights, and a respected talmid chochom, will be succeeding his father Harav Shimon Raichik as rov of the Los Angeles community, it was announced by the Thursday levaya of the senior rov.

Harav Shimon Raichik was universally known and respected as a talmid chochom, and he received sha’alos from Lubavitcher Chassidim across the globe. In California, he stood at the forefront of the wider Jewish community in his position in the city’s Vaad Harabonim, leading the way in issues of kashrus and other topics that arose.

Flanked by fellow California rov, Harav Yosef Shusterman, shliach to North Beverly Hills, and Rabbi Mendel Greenbaum, principal of the Cheder Menachem school, Harav Schochet choked up while making the announcement to the packed crowd at the levaya.

“In the name of the rabbonim of Chabad Lubavitch, we announce that the work of Harav Shimon will go on,” he said. “It was his desire, as well as the psak din of the Rambam and Shulchan Aruch, that every public appointment where a son is able to inherit, the son is appointed.”

“We are announcing that Harav Yisroel Noach will take over the rabbanus, and his membership in the Vaad Harabonim,” he said.

Over the past decade, Rabbi Yisroel Noach Raichik has gained a reputation as a renowned talmid chochom, with positions teaching both Gemara, Halacha and Chassidus in the Central Yeshivas Tomchei Tmimim at 770, as well at Oholei Torah in Crown Heights. For the thousands of students who passed through 770, Rabbi Raichik is known as a hanhala member who genuinely cares about each bochur, seeking ways to help each one grow in their learning.

He also delivered many shiurim around Crown Heights, and taught Chassidus in Heichal Menachem in Boro Park. In recent years, he also worked hand-in-hand with his father to prepare an English Halacha sefer on Hilchos Shabbos, which is projected to be published in the coming months.