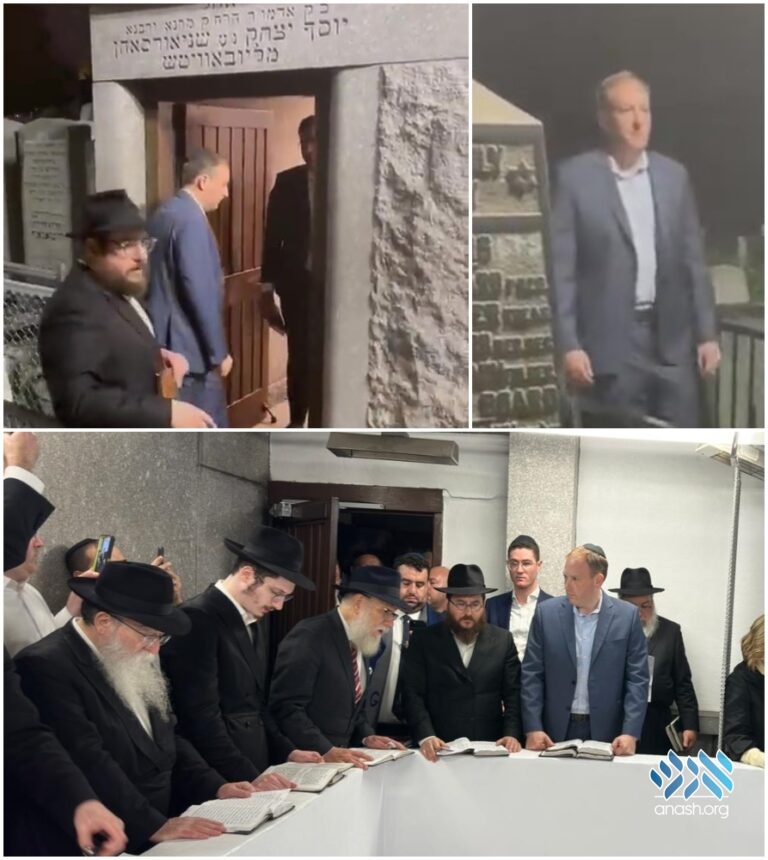 Congressman Lee Zeldin, Republican candidate for governor of New York, paid a visit to the Rebbe’s Ohel on Motzei Shabbos to daven for success in Tuesday’s election.

Congressman Lee Zeldin, Republican candidate for governor of New York, paid a visit to the Rebbe’s Ohel on Motzei Shabbos.

The visit, which comes ahead of Tuesday’s election, was not Zeldin’s first visit to the Ohel. He previously visited before Rosh Hashana, when he was presented with a copy of a letter of the Frierdiker Rebbe to his great-grandfather. He also paid a number of campaign visits to Crown Heights, including one where he donned tefillin in 770.

The visit on Motzei Shabbos, however, was not intended as a campaign stop, and instead was meant as a personal visit to daven. The visit was not announced to the media, and Zeldin even waited in a side room when he was informed that a photographer was in the vicinity.

One of the individuals who helped organize the visit told Anash.org that Zeldin had been incredibly touched when he saw the letter of the Frierdiker Rebbe, and requested, of his own initiative, to return and daven at the Ohel again.

Accompanying Zeldin was Rabbi Motti Grossbaum, shliach at Chabad at Stony Brook, who has a years-long relationship with the Long Island congressman. Also accompanying were Rabbi Shea Hecht, Max Coen, and Yitzchok Rimler.

After davening in the Ohel, Zeldin continued on to a campaign stop in Williamsburg, where a crowd of local Yidden gathered to show their support. During his speech, Zeldin mentioned the letter of the Frierdiker Rebbe one more, noting how in it the Frierdiker Rebbe thanked his great-grandfather for his support of the yeshiva system, and pledging to full his support behind yeshivos.