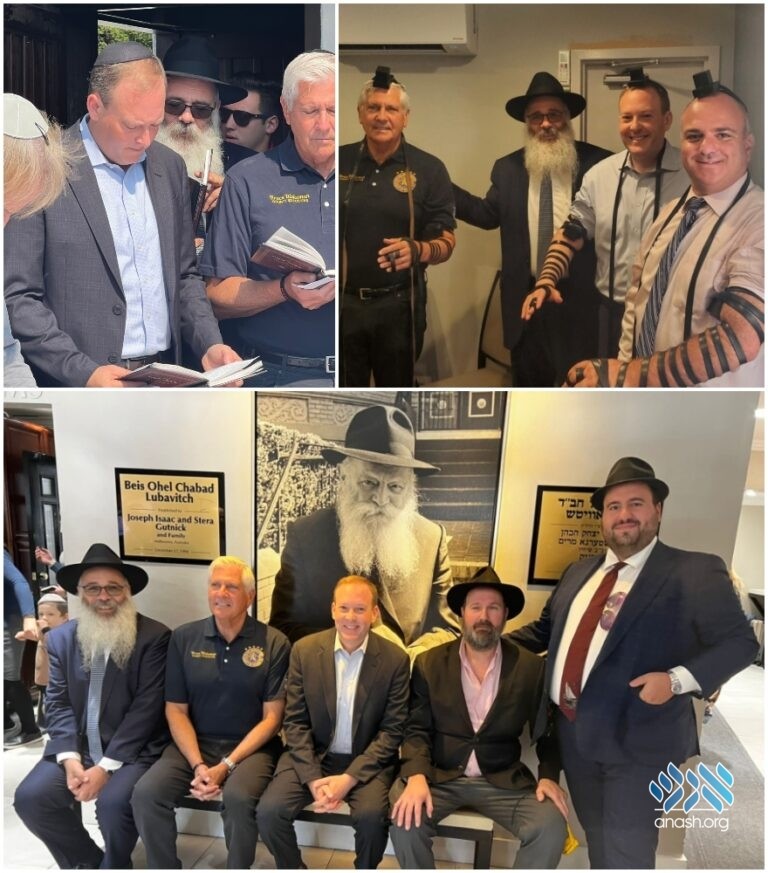 Congressman Lee Zeldin, the Republican nominee for Governor of New York, visited the Ohel on Sunday. During the visit, he was presented with a letter of the Frierdiker Rebbe to his great-grandfather, which he said applied today more than ever.

Congressman Lee Zeldin, who represents New York’s 1st congressional district and is the Republican nominee for Governor of New York, visited the Rebbe’s Ohel on Sunday, September 18th, ahead of Rosh Hashanah.

After meeting in a private room, Zeldin put on tefillin and went to daven at the Ohel. In addition, Zeldin stopped at the grave of Reb Schabse Gordon a”h, a crown heights community activist and philanthropist whose yartzeit fell out on that day.

Zeldin was touched to receive the letter, and pointed out that he was named after his great-grandfather. He also noted that the content of the letter, regarding protecting yeshivos, is applicable now more than ever.

Throughout his campaign, Zeldin has made a point to show his support for yeshivos. Just last week, he publicly decried the new “substantial-equivalency” regulations passed by the NY Board of Regents. Upon seeing the letter, he said he would redouble his efforts, in line with the Frierdiker Rebbe’s request almost a century ago.

Max Coen, who co-chairs the Crown Heights Republican Committee commented: “it is appropriate now more than ever, that we see how Congressman Zeldin has our back, and we need to show him we have his. Right now our communities are being attacked, and the only person who truly stands with us in New York State is Lee Zeldin. It is the responsibility of the community to go and vote for him.”