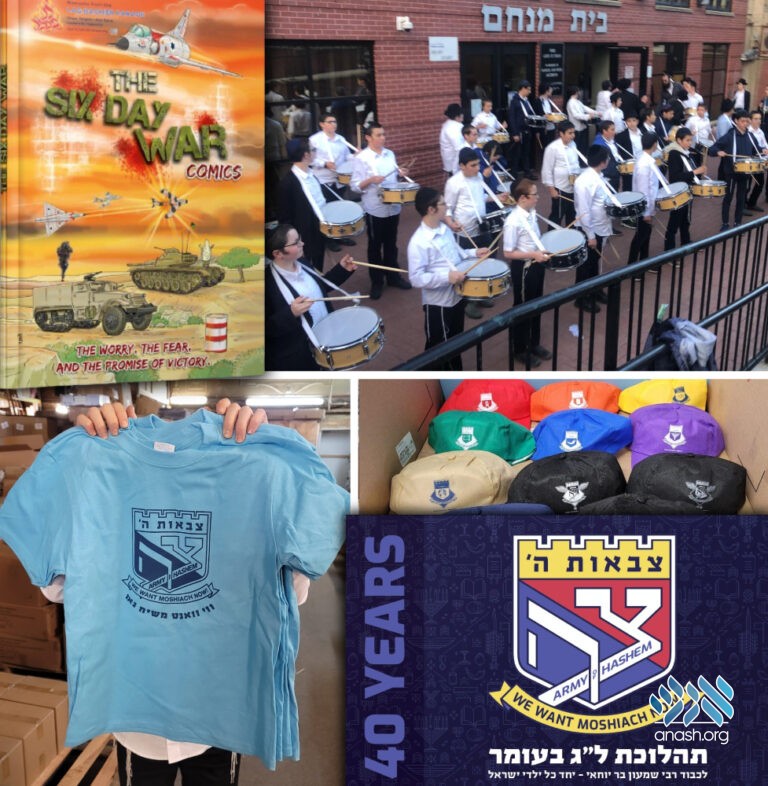 The 40th anniversary of the Rebbe’s founding of Tzivos Hashem will be prominently celebrated this Lag B’omer, with special hats, t-shirts, and mementos given out to each Crown Heights child.

The programs taking place on Lag B’omer in Crown Heights this year will be celebrating a special milestone: forty years since the Rebbe founded Tzivos Hashem.

As first reported on Anash.org, all Crown Heights schools will be proudly marching on the community streets on Lag B’omer, displaying their Yiddishe pride. The march will be followed by a grand rally in front of 770, organized and run by NCFJE.

As Lag B’omer comes closer, Tzivos Hashem coordinators in Crown Heights schools are hard at work planning every last detail of the grand march. Marching bands have already begun their practice, and meetings have been held with NCFJE and local community patrols.

The march, which marks the hilula of the Rashbi, will also be celebrating the 40th anniversary of Tzivos Hashem, with a strong emphasis on the milestone expressed in every detail.

Every single child in each of the Crown Heights schools will be receiving a Tzivos Hashem t-shirt, and a cap displaying their Tzivos Hashem rank and its unique color. The cap will be matched with a Tzivos Hashem balloon in the same color, allowing each child to proudly display their rank.

A special addition to this year’s march will be the unique gift given to each and every child. Proudly sponsored by Anash.org, every single child in Crown Heights who participates in the march will be receiving a comic book in English or Yiddish, specially produced for the Crown Heights march, and telling the story of events in Chabad History.

Each school will march from their school building to 770 Eastern Parkway, where all the children will meet. There, they will take part in a rally organized and run by NCFJE, which arranges the yearly Lag B’omer parades and the central parades on Sundays.

At the rally as well, the children will be receiving a unique memento. Commissioned by NCFJE, each child will be gifted a replica of the coin that was distributed by the Rebbe on Lag B’omer 5751, with slight changes to the date and an added line stating it is a memento of the 30th anniversary.