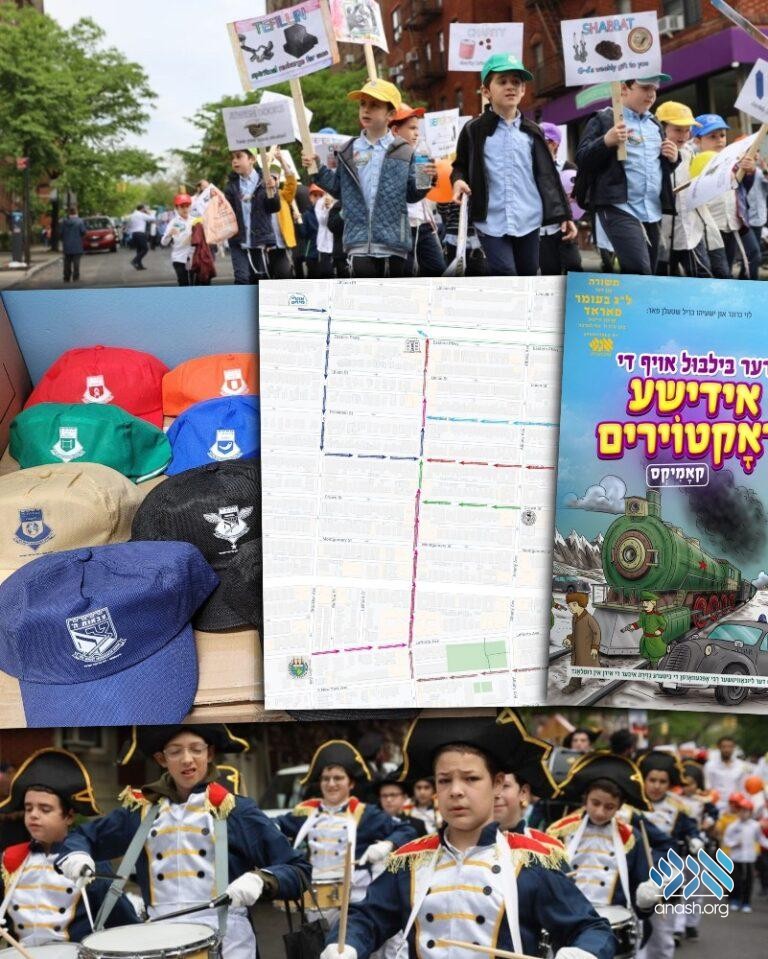 Although not on Sunday, a grand parade will be held for Lag B’omer this year in Crown Heights, with the participation of all local schools with a special program and a gift for each child. Anash.org has the details.

A grand Lag B’omer parade through the streets of Crown Heights will be taking place this year, with the participation of all local schools and followed by a rally in front of 770.

Every year, on the auspicious day of Lag B’omer, hundreds of parades take place in Eretz Yisroel and around the world, in keeping with the Rebbe’s call to hold as many parades as possible in honor of Rashbi’s hilula.

In Crown Heights, however, the parade in front of 770 generally only took place if Lag B’omer fell out on Sunday to allow children from public schools to attend. In other years, a rally was held in a park for local children, but no parade was held.

All that changed two years ago. A group of yungeleit, in conjunction with Tzivos Hashem, resolved to bring the yearly parade to Crown Heights as well. The parade would take on the form of the other parades around the world, marching on the city’s streets. Thus, a parade would be held each year, but the central parade in front of 770 would continue taking place exclusively on Sundays.

Last year, with the coronavirus lockdown still in effect, the parade took place online, with floats driving through Crown Heights streets. A year later, as Lag B’omer 5781 approaches, plans are in place for a grand parade, with children from all local schools taking over the streets of Crown Heights with the Lag B’omer spirit.

Each participant in the parade will be getting a Tzivos Hashem t-shirt and cap. Different color caps were produced for each rank, with their insignia clearly marked, so that each child will be proudly displaying their Tzivos Hashem rank. They will also be receiving a Tzivos Hashem – Lag B’omer balloon in the same color as their rank.

A special addition to this year’s parade will be the unique gift given to each and every child. Proudly sponsored by Anash.org, every single child in Crown Heights who participates in the parade will be receiving a comic book in English or Yiddish, specially produced for the Crown Heights parade, and telling the story of events in Chabad History.

The parades will each head to 770 Eastern Parkway, where all the children will meet. There, they will take part in a rally organized and run by NCFJE, which arranges the yearly Lag B’omer parades and the central parades on Sundays.

“We are very excited for this year’s parade, and are preparing a program that every single child will enjoy,” organizers told Anash.org. “We are certain that the parade and rally will bring a great nachas ruach to the Rashbi and to the Rebbe.”