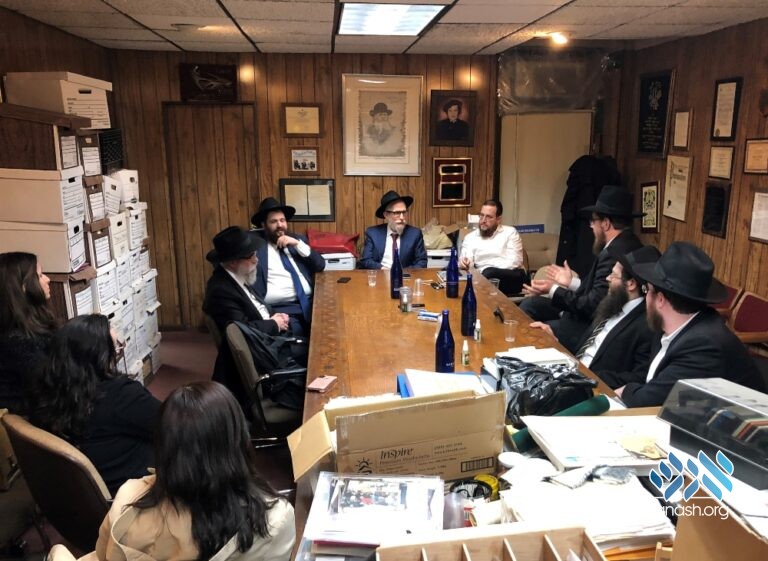 Ahead of Lag B’omer, representatives of NCFJE and Crown Heights schools met to finalize Lag B’omer Plans. The two sides agreed that the schools will be marching from their school buildings to a grand rally in front of 770.

In the spirit of Sheves Achim Gam Yachad, the principals of the local Yeshivas and schools initiated a meeting on Monday evening to express gratitude for the work Rabbi Shimon Hecht and the NCFJE have been doing for decades arranging children’s programming for the community, and to finalize the plans for this year’s rally. It was clarified that plans for a parade this year were circulated in error.

An opportunity was given to each representative to share their thoughts. All were grateful to reach a conclusion that would comply with the Rebbe’s directives to Rabbi JJ Hecht a”h.

NCFJE will be hosting a meaningful and exciting Lag B’Omer rally for the community in front of 770 as planned, highlighted by a special gift being given to each of the children, and appearances by Benny Friedman and the Flippenout extreme trampoline show.

Although there will not be a parade, to further enhance the Lag B’Omer experience and in line with the Rebbe’s directive that the schools make the proper shturem, each school will have the option of having their students proudly march with music and Torah themed posters and projects from their respective schools to the rally, with students displaying their Tzivos Hashem ranks on their shirts and caps.

“We look forward to celebrating Lag B’Omer together with the Rebbe in the spirit of Sheves Achim Gam Yachad,” organizers said.