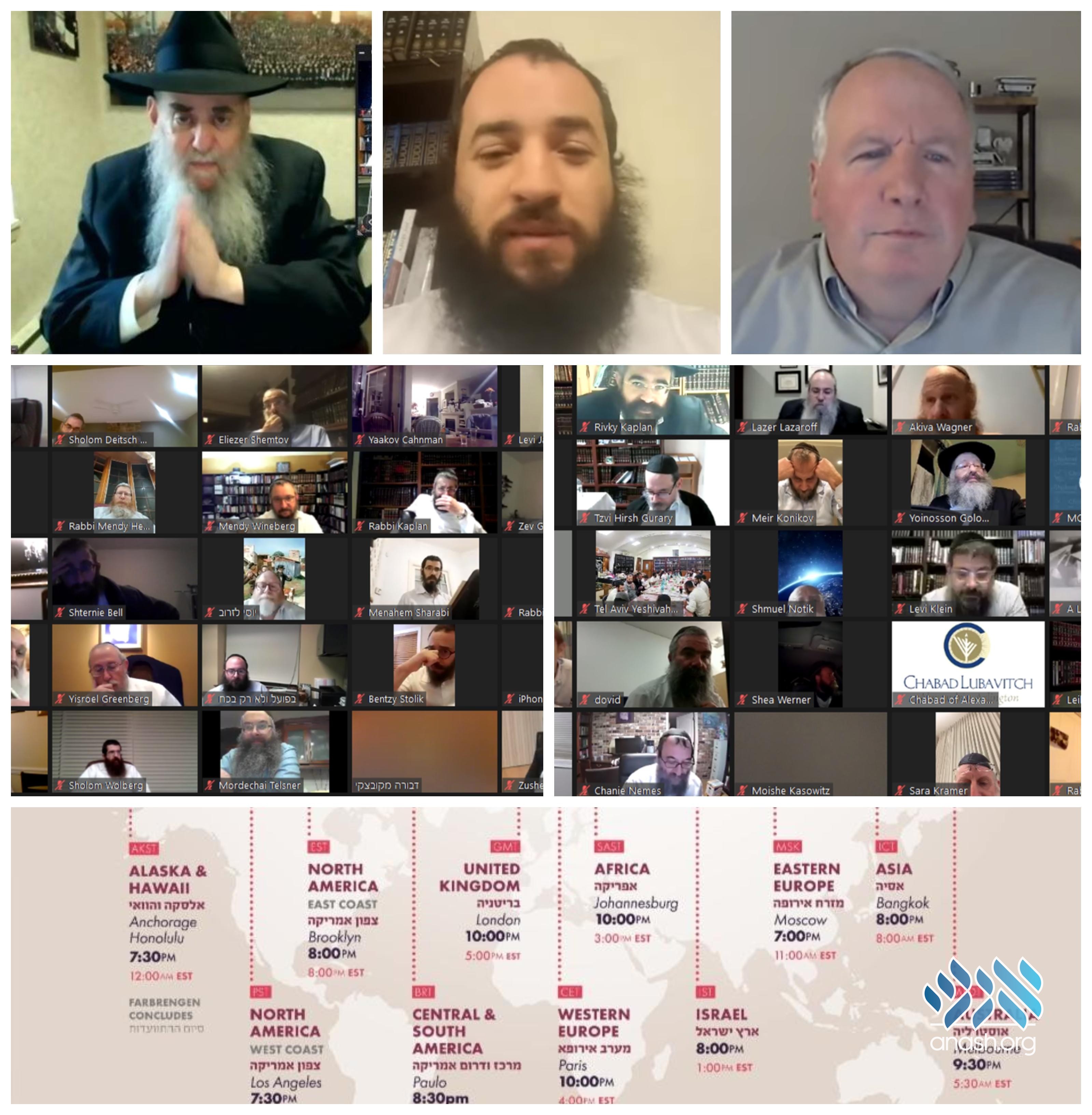 The Kinus Zoom call between shluchim intended to last one day lasted five, until Rabbi Moshe Kotlarsky, vice-chairman of Merkos, announced that it was time to wrap up.

A Zoom call that took the place of the melava malka at this year’s Kinus was meant to last approximately 24 hours, but once it started it just kept on going.

The call typically hosted between 200 to 1,000 shluchim at any given moment, and clocked in a whopping 136 hours, making it the longest virtual call in history.

Participants shared stories, anecdotes and divrei Torah over the course of five full days, with the conversation switching from English to Hebrew to Yiddish, and interspersed with Spanish, French and Russian. Shluchim were especially touched to hear inspirational messages from Rabbis Yudi Dukes and Yitzi Horowitz.

Moderator Rabbi Berel Levertov ended the historic call by calling on his fellow shluchim to keep farbrenging. “This was an amazing thing,” he said, “the achdus, the hergeishim – this is a big step towards Moshiach!” The farbrengen climaxed with a resounding ‘Ki vesimcha teitzeiu,” sung by all 1000 participants from around the world.

Many stories shared by the shluchim during the farbrengen will be featured in upcoming articles in Anash.org’s new series. Read about the Rebbe’s ruach hakodesh that Rabbi Lazer Lazaroff witnessed, and watch a video featuring the Rebbe’s foot doctor.

To send in your own story, email [email protected].