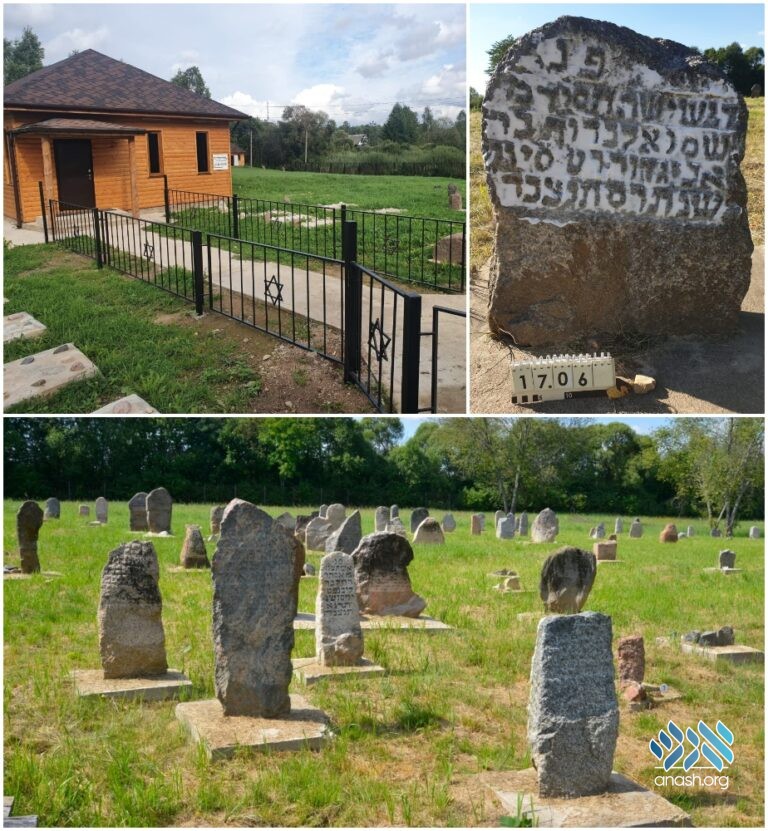 As part of the project to restore the ancient Jewish cemetery in Lubavitch, hundreds of matzeivos have been uncovered, restored and documented. Recently, the matzeivos of the Mitteler Rebbe’s grandson and a prominent chossid were discovered, shedding light on their lives.

As part of the project to restore the ancient Jewish cemetery in Lubavitch, hundreds of matzeivos have been uncovered, restored and documented. Two recent discoveries have made waves among Lubavitcher chassidim and historians.

One of the most important projects in the town of Lubavitch recent years is the restoration and rehabilitation of the historic cemetery in which lies the Ohel of the Tzemach Tzedek and Rebbe Maharash. The project, as all the other projects restoring and rebuilding Lubavitch, are headed by shliach Rabbi Gavriel Gordon, and sponsored by philanthropists R’ Yossi and Batsheva Popack, with the assistance of the ‘Geder Avos’ organization and askan Reb Menachem Mendel Levin.

As part of this project many hundreds of tombstones have been uncovered and reinstalled in their proper places. Some of the tombstones were those marking the resting sites of members of beis harav, renowned chassidim, and even the teacher of the Alter Rebbe and maggid of Lubavitch Harav Yissachar Ber.

With the work continuing in full force, a number of additional tombstones were uncovered recently, among them two which made waves among students of Chabad history across the globe.

The first was a matzeiva marking the resting spot of a grandson of the Mitteler Rebbe, habachur Shmuel Aharon a”h, son of Harav Boruch Schneerson a”h. With not many sources discussing this grandson, the newly uncovered matzeiva serve as an important point of reference for his life story. The discovery also cleared up confusion regarding the name of his father, son of the Mitteler Rebbe. Some had claimed that his full name had been Shmuel Boruch, but the matzeiva clearly says that his son was named Shmuel…

A second matzeiva was also discovered, marking the resting spot of a prominent and renowned chossid, Reb Shmuel Boruch, known as ‘Shmuel Boruch Varsaver’ (from Warsaw).

Reb Shmuel Baruch first came to Lubavitch in 5594, and merited to be a chossid of the Tzemach-Tzedek, the Rebbe Maharash and the Rebbe Rashab. He also lived in the town of Lubavitch for a large percentage of his life.

In addition to the work in the cemetery, efforts are being made to return tombstones that were looted during the Holocausts by the local non-Jewish population. Just this past month, nine tombstones were discovered in the foundations of homes across the town and were brought back to the cemetery where they will be treated with the proper respect.