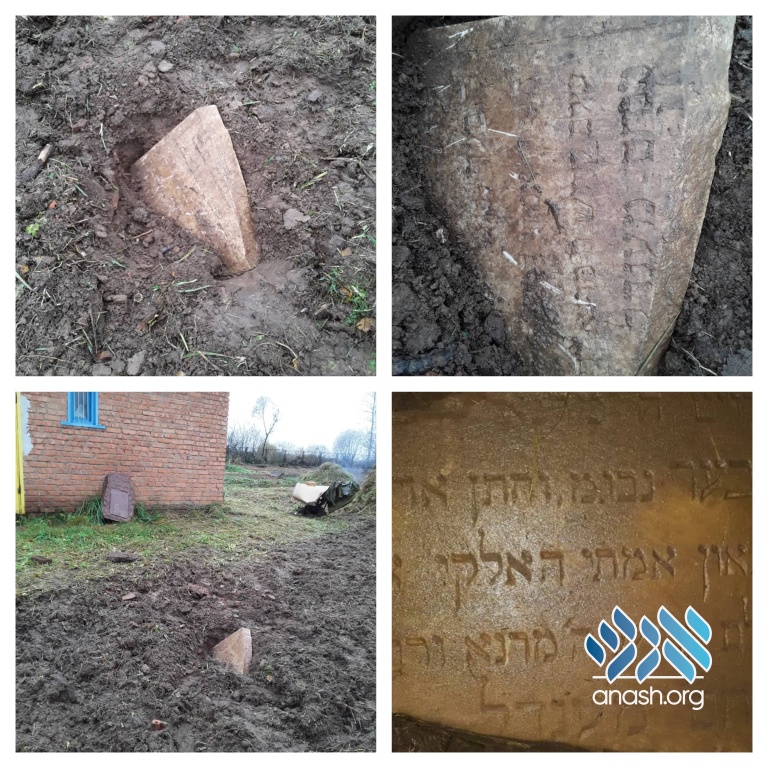 Over the last few years, the cemetery in Lubavitch has been undergoing excavation and repair, under the shliach to Lubavitch, Rabbi Gavriel Gordon.

On the day after Yom Kippur – G-tt’s nomen – the excavation produced a fascinating find: the kever and matzeivoh of Rav Schneur, son of Rav Menachem Nochum (the Mitteler Rebbe’s son) and son-in-law of the Tzemach Tzedek. Rav Schneur lived in Lubavitch and passed away there.

Rav Schneur was married to Rada Freida, daughter of the Tzemach Tzedek. When she passed away, he married a woman named Golda. His children from that marriage include Rav Yehuda Leib Schneersohn of Velizh.

The fact that it was found so close to Yud Gimmel Tishrei, the day of the Yahrtzeit-Hillulah of his brother-in-law, the Rebbe Maharash, only increased the excitement upon finding his resting place.

Rabbi Gavriel Gordon notes that while only a third of the headstone was found, that part states clearly that he was the Tzemach Tzedek’s son-in-law. The Tzemach Tzedek had only two sons-in-law, and the other, Rav Levi Yitzchok, is buried in Vitebsk.

The renovation project in Lubavitch is being graciously funded by Reb Yossi Popack, with additional assistance from Reb Mendel Levin, as well as from Rabbi Yisroel Meir Gabbai of Agudas Oholei Tzaddikim – Geder Avos.

The first stage of the renovation of the beis hacahayim in Lubavitch – which included mapping the whole area, building a fence around it and making the area accessible to visitors – was made possible due to the generosity of ESJF, in conjunction with Geder Avos.