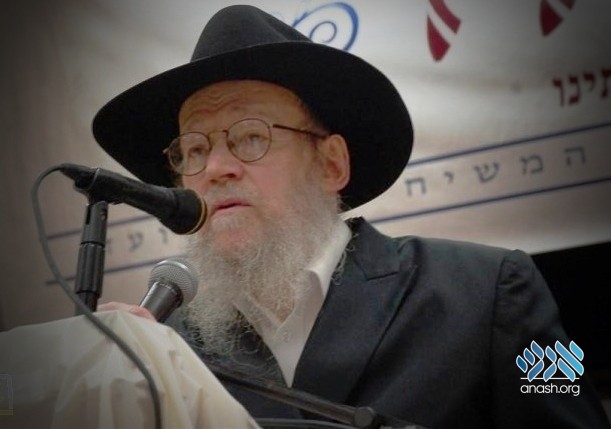 With great sadness we inform you of the passing of Harav Aharon Yaakov Schwei a”h mara d’asra and member of the Crown Heights Beis Din.

He passed away on Friday, Lamed Nissan. He was 85-years-old.

He has reportedly passed away after contracting the Coronavirus.

He was born to his parents Rabbi Mordechai Eliyahu and Bunia Schwei on 26 Tammuz 5694/1934 in Abu, Finland, where his father was sent by the Frierdiker Rebbe to serve the Jewish communities there. Soon they moved to Nara, Estonia, where Reb Mordechai Eliyahu served as rov.

When he was seven his father passed away. Soon the war came to Estonia and the family escaped to Uzbekistan, to a small village. With no yeshiva there, Yankel was sent to the Yeshiva in Samarkand by his mother, the tzadekes Bunia, at the age of seven to learn. His older brother Aizik had already been sent away earlier to Yeshiva.

In 5711/1951, after stops in Poking and Brunoy, the Schweis arrived in Montreal, where the brothers continued studying in Yeshiva there. In 5715/1955, they were part of the first semicha class there.

For many years he served as a maggid shiur in the Lubavitcher Yeshiva on Ocean Parkway. He was also the camp rov in Camp Gan Yisroel in New York. While there, he would draw beautiful depictions of many of the Rebbe’s mivtzoyim and inyonim. Many of his creations still adorn the camp walls today.

Known for his tremendous ge’onus in all elements of Torah – nigleh and Chassidus – He was the editor of his brother Rav Aizik’s writings as well as the seforim of Harav Yitzchok Raitport. It was said about him that he was boki in Torah Or and Likkutei Torah with all the osyos.

In 5760/2000, after the passing of Harav Yehuda Kalman Marlow, he was elected as a member of the Crown Heights beis din.

The levaya is expected to take place around 3:00 pm today.