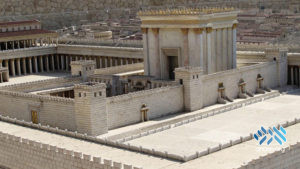 As this year’s fast is pushed off to Sunday, there are a number of unique halachos to be observed. Review this guide by Rabbi Shmuel Lesches, rov of Young Yeshiva in Melbourne.

One may bathe on Friday in honor of Shabbos, cut one’s nails, don fresh Shabbos clothing and use fresh tablecloths. [However, the linens shouldn’t be changed.]

If necessary, one may taste the Fleishig food when preparing it for Shabbos, provided that it is expelled without swallowing. Apart from that, one may not partake of any Fleishig Shabbos foods on Friday, even if one is normally accustomed to doing so.

If there won’t be enough time after Shabbos, one should bring Tishah B’Av shoes and Kinos to Shule before Shabbos.

Shabbos clothing is worn as usual, and care is taken not to display any signs of mourning. In fact, one should be even more joyous than usual. Nevertheless, private acts of mourning are observed. Therefore, intimacy for married couples is prohibited – unless it is Leil Tevilah. Either way, Harchakos do not need to be observed.

One may – and should – eat meat and drink wine on Shabbos Chazon.

One may not stroll for pleasure the entire Shabbos.

It is a Mitzvah to publicize in the name of R’ Levi Yitzchok of Berditchev that this Shabbos is called “Chazon” (vision) because the Neshomo is shown a vision of the Beis Hamikdash. The purpose of this vision is to arouse a yearning to actually see the Beis Hamikdash, and to do all that is necessary to realize this dream.

A Siyum is made as per the rest of the Nine Days. If after midday, it should be performed on a topic that may be learned on Tishah B’Av (such as the conclusion of Moied Kotton).

A Bris (including the Seudah) should be conducted before Mincha.

Starting from midday, one learns only those parts of Torah which may be learned on Tishah B’Av (see section “Learning on Tishah B’Av”).

Chitas, Rambam and Shnayim Mikrah should be completed before midday. [If one is running late, these may be finished any time before sunset.]

A public Kiddush or Farbrengen may be conducted as usual. However, words of Torah should focus on those topics that one may learn and discuss on Tishah B’Av.

Mincha is davened early enough to leave sufficient time for the Seudah Hamafsekes. Ideally, Krias Hatorah should not begin prior to Mincha Gedolah. Shmoneh Esrei may certainly not begin before then.

A Chiyuv recites the usual Mishnayos prior to the last Kaddish.
In practice, the third chapter of Pirkei Avos is not recited after Mincha.

After Mincha, the Seudah Hamafsekes is eaten. There are no restrictions as to what may be eaten. In fact, one is not permitted to minimize the meal, as this would amount to exhibiting sorrow on Shabbos. For the same reason, eggs and ashes are not eaten.

One may eat this meal together with his entire family as usual, even if this means that three adult men will make a Mezuman. However, one should not invite company over, unless they normally come over at this time every Shabbos, or they have nowhere else to eat.

During the Seudah, one sits on a chair of regular height and wears leather shoes.

One should eat and drink sufficiently well in preparation for the fast. Nevertheless, one should not state so explicitly, as this would make it clear that one is preparing on Shabbos for the weekday.

Shir Hamaalos is recited before Bentching, and a Mezuman is made if three adult men ate the Seudah Hamafsekes together.

One may eat and drink after bentching, until sunset. As it is Shabbos, there is no need to stipulate one’s intention to do so before bentching.

One must stop eating and drinking before sunset. Similarly, all the other restrictions of Tishah B’Av are applicable from sunset – the exceptions being that one must still wear leather shoes and sit on a chair of regular height until the conclusion of Shabbos.

One may not prepare Tishah B’Av shoes and Kinos whilst it is still Shabbos – even if there is an Eruv.

Shabbos concludes at. One should not make any Tishah B’Av preparations before reciting Boruch Hamavdil Bein Koidesh Lechol.

The prevalent practice is to delay Maariv so that everyone has enough time to make their way from home to Shule after Shabbos has ended.

Accordingly, when Shabbos ends, one first recites Boruch Hamavdil Bein Koidesh Lechol. Then, one replaces his leather footwear with non-leather footwear before going to Shule.

[One who came to Shule whilst it was still Shabbos does not exchange his footwear as soon as Shabbos ends. Rather, he does so right after Borchu at the beginning of Maariv, or before Borchu if he is Chazzan.]

One should try not to touch his footwear with his hands when exchanging them. If he does so, he should wash his hands up to the knuckles in order that he may daven.

One still wears his Shabbos clothing on Motzei Shabbos.

The Paroches is removed from the Aron HaKodesh (or moved to the side) before Maariv, but only after Shabbos ends.

The lights in Shule are dimmed to a bare minimum.

Havdallah is not recited until Sunday evening, after the fast. However, a Havdallah candle is held aloft in Shule between Kaddish and the reading of Eicha, so that everyone can recite the Brocho of Borei M’orei Ho’eish. [One must come close enough to actually benefit from the light before a Brocho can be made.] If one did not do this in Shule before Eicha, he should do it at any point during the evening, before dawn. One may also recite this Brocho before davening Maariv if he wishes.

The prevalent custom is that children under Bar/Bas Mitzvah do not make Havdallah before eating, and they instead hear it from the adults at the conclusion of the fast.

A man or woman who is exempt from fasting must recite Havdallah before eating, but without Besomim. The wine should be given to a child who understands the concept of Brochos (the younger, the better). When there is no child present, the person making Havdallah may drink it.

Eicha is recited along with the Chazzan. One should not recite it standing, but rather should sit on a low chair. The Chazzan recites it unhurriedly, pausing between each Posuk, and raising his voice slightly at the beginning of each Perek.

The last Possuk (i.e. the second “Hashivenu”) is recited aloud with the Chazzan, followed by a few short Kinos.

One who davens without a Minyan still recites Eicha and Kinos.

Vihi Noam is omitted, but V’atah Kaddosh is recited. This is followed by the full Kaddish – excluding the line beginning Tiskabel – and Aleinu.

A Chiyuv recites the third Perek of Mishnayos Moied Kotton prior to the last Kaddish.

One does not exchange the usual greeting of Gutte Voch.

V’Yiten Lecha is not recited.

Unless inconvenient, it is best not to wash leftover dishes and utensils from Shabbos until after Sunday midday.

It is not our custom to sleep on the floor or to place a stone under the pillow.

A Halacha Guide relevant to the Nine Days also compiled by Rabbi Lesches can be viewed here.