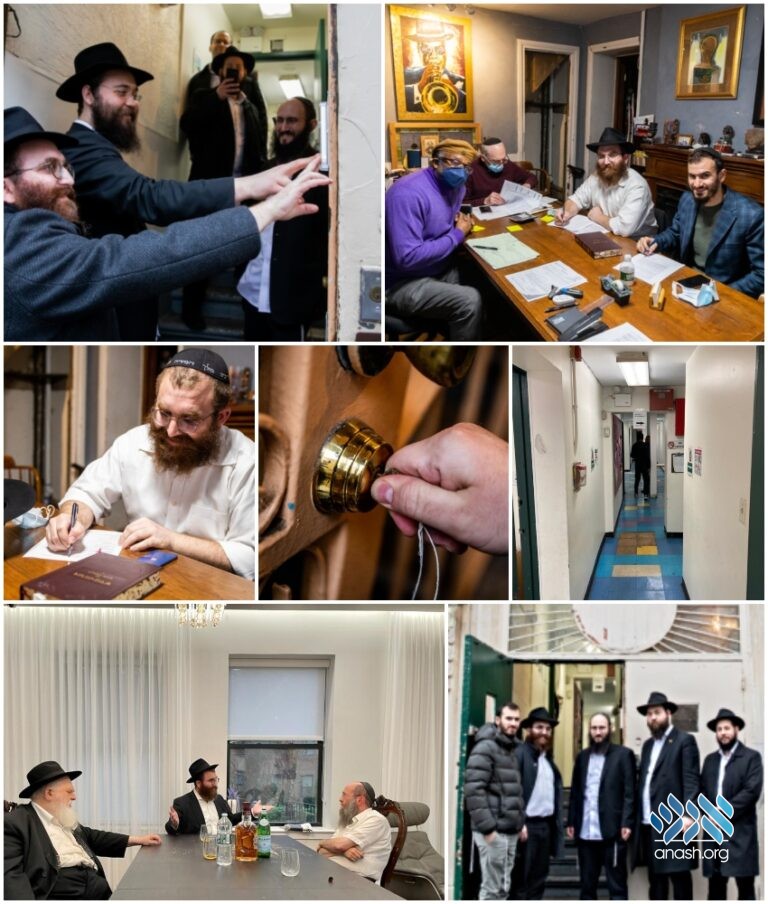 After a month of high-stakes negotiations, the four-story building located at 755 Eastern Parkway was purchased for the 770 Yeshiva. The purchase was celebrated with a Kevius Mezuza ceremony.

After a month of high-stakes negotiations, the four-story building located at 755 Eastern Parkway and next door to the dormitory at 749 Eastern Parkway, was purchased for Tomchei Temimim 770.

As first reported on Anash.org, when a group of Crown Heights activists led by businessman Meir Buckchin, heard that the building adjacent to the current Yeshiva dormitory at 749 Eastern Parkway went up for sale they immediately sprung into action.

Having recently purchased the 749 dormitory building from the ‘United Lubavitcher Yeshivoth’ corporation, Igud Talmidei Hakvutzah had already begun extensive renovations on 749 to bring the dormitory up to grade. The purchase of the neighboring building would allow them to expand, doubling the size of the dormitory and enabling them to service more than double the amount of bochurim.

On Friday afternoon, after months of negotiations, the purchase of 755 Eastern Parkway was finally completed by the Igud Talmidei Hakvutzah organization for the benefit of Tomchei Temimim 770.

Sources told Anash.org that the building, together with the neighboring 749 building, will be made into one large dormitory building to house hundreds of Israeli bochurim studying in 770, under the auspicies of Igud Talmidei Hakvutzah.

According to individuals involved in the purchase, future plans involve tearing down the buildings and building a multi-story new dormitory building. However, that process may take a number of years, and in the meanwhile the building will already be put to use to help enhance the yeshiva experience of the bochurim in 770.