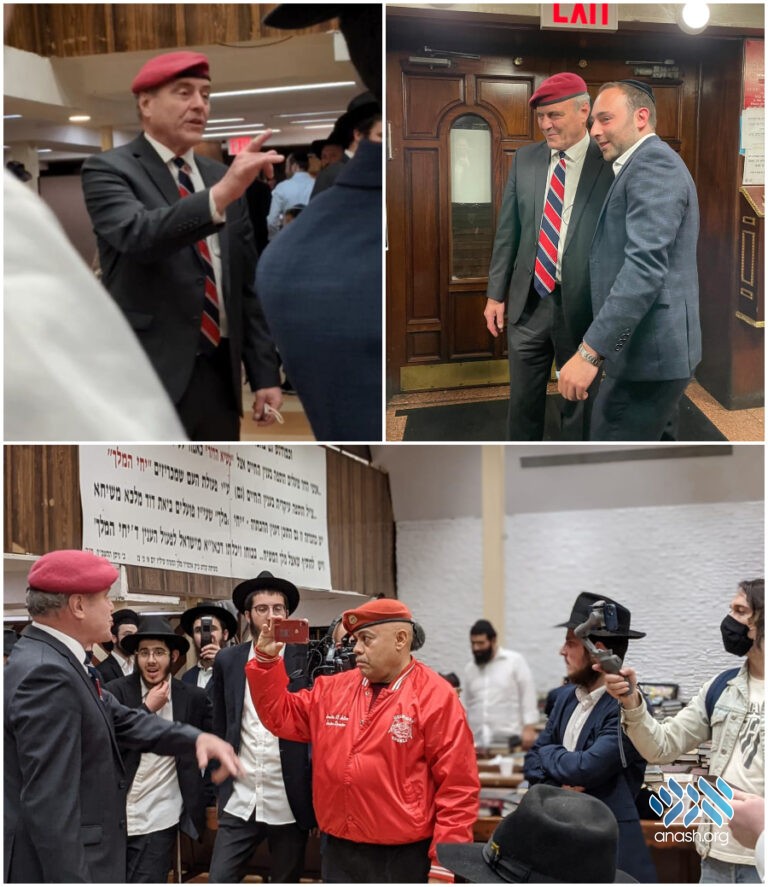 Curtis Sliwa, founder of the Guardian Angels who is running for Mayor of New York City, paid a visit to 770 Eastern Parkway on Thursday night, where he spoke to locals and recounted his memories of the Rebbe.

Curtis Sliwa, founder of the Guardian Angels who is running for Mayor of New York City, paid a visit to 770 Eastern Parkway on Thursday night, the night of Lag B’omer.

For Sliwa, the anti-crime activist who founded the Guardian Angels in 1979, the visit to Chabad Headquarters at 770 Eastern Parkway was hardly the first. During the Crown Heights Riots of 1991, Sliwa and his patrol group took to the streets of Crown Heights to protect the Jewish community. And in the winter of 2019, when NYC saw a rise in anti-semitic crime, he was back with his group patrolling once again.

On Thursday, Sliwa paid a campaign stop to 770 Eastern Parkway, Chabad World Headquarters. During his visit, which took place around 10:30 PM, he spoke to a small crowd of bochurim and locals who weren’t attending any Lag B’omer program.

Sliwa told over his memories of his encounters with the Rebbe, including of the time he received a dollar from the Rebbe during “Sunday dollars.” After recording what seemed to be a campaign video, he continued talking to and greeting locals who approached him.