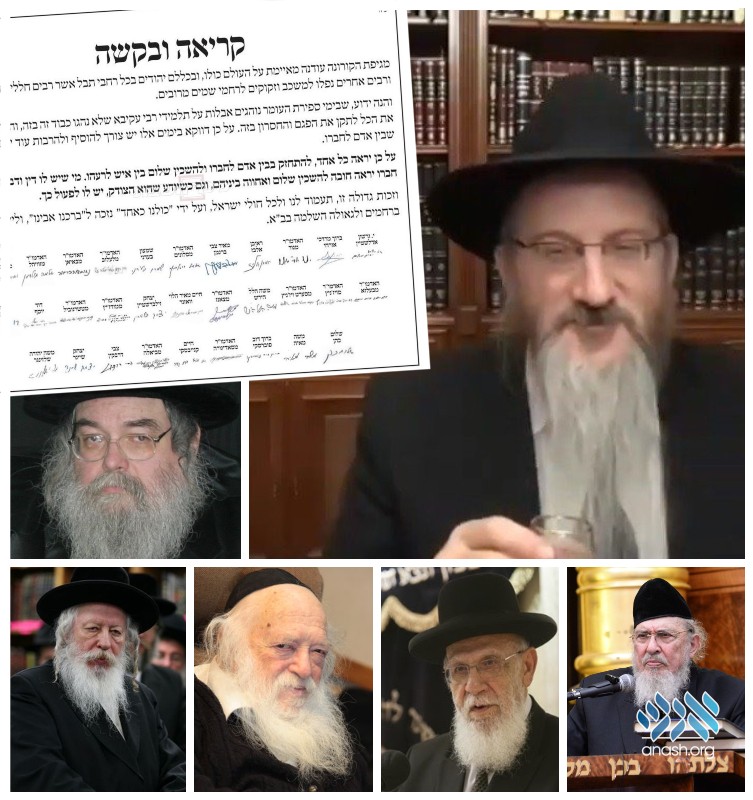 The achdus initiative by Chief Rabbi of Russia Berel Lazar continues to make waves, now in the wider Jewish world. On his initiative, prominent rabbonim and rebbes of Eretz Yisroel put out a letter urging achdus “even when you know you are in the right.”

What began as a initiative between shluchim is now reaching every corner of the globe.

It began with on Beis Iyar, birthday of the Rebbe Maharash. Reeling from the tragic passing of Rabbi Benny Wolf, a worldwide farbrengen was held for shluchim and anash, where Rabbi Berel Lazar strongly pushed for feuding shluchim to make achdus.

Results were felt immediately, with stories pouring in from around the world. From Boston, Massachusetts to Aguch in Eretz Yisroel, people were left rubbing their eyes with wonder, seeing the almost miraculous conclusion to decades-old quibbles.

But Rabbi Lazar was not quite done yet. He decided to bring this vital initiative to an even wider audience.

Yesterday, a letter was released, signed by the most prominent Litvishe Rabbonim and Chassidishe Rebbes, calling on Yidden worldwide to take the lesson from Sefiras Ha’omer and increase in Ahavas Yisroel, especially as coronavirus still hangs over our heads. The Kikar Hashabat website reports that Rabbi Lazar was the driving force behind the letter.

Signed on the letter are Harav Chaim Kanievsky, Harav Gershon Edelshtein and Harav Baruch Mordechai Ezrachi, who are considered the leading Rabbonim in the Litvishe world. Among the Chassidishe Rebbes signed are the Gerrer Rebbe, the Belzer Rebbe, the Lelover Rebbe, the Boyaner Rebbe and many others. Sefardishe Rabbonim that signed include Chacham Shalom Cohen and Harav Dovid Yosef.

“Each person should see to increase in Ahavas Yisroel and bringing peace between each other,” the letter states. “If one has a feud with another, he should see to bring it to an end, even if he knows that he is in the right.”