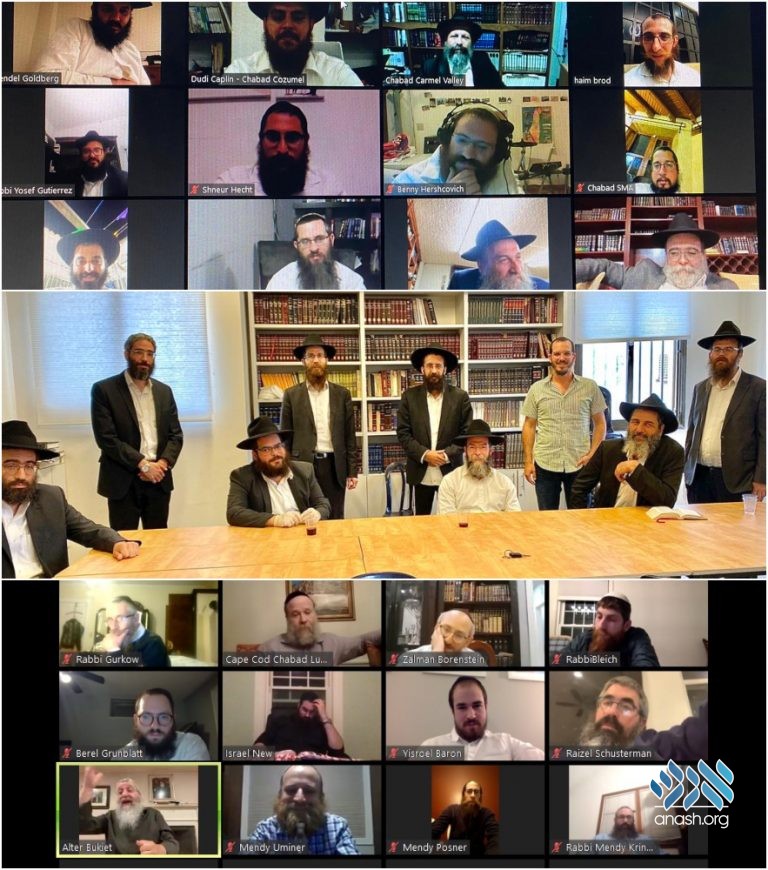 From Boston to Netanya to Mexico, Anash.org continues to receive reports of shluchim around the world who were moved by recent events to resolve long-standing conflicts.

These words, which were proclaimed at a farbrengen promoting sholom among chassidim, quickly reverberated around the world. Shluchim and anash, shaken to the core by the recent tragedies that struck Klal Yisroel and Chabad in particular, are laying aside decades-long conflicts and ironing out their differences.

Even before the historic farbrengen, stories began circulating of shluchim in Africa and Kfar Sabba in Eretz Yisroel who had made advances towards unity.

Once the farbrengen began, the calls for achdus were redoubled, and practical steps being taken towards the ideal were announced. The farbrengen’s organizer, who is credited with inspiring dozens of monumental peace efforts across the globe in the past two days, promised to resolve issues on his home turf as well.

In his words: “I promise that, with Hashem’s help, in 24 hours the issue will be resolved. There is a Yid who is ready to mobilize it.”

The effects of the calls for achdus were immediately felt. As the evening progressed, stories continued pouring in from locations around the globe.

In Mexico, shluchim and local activists met over Zoom and declared their intention to work together from now on. In Eretz Yisroel, representatives from each institution in Netanya gathered in person for a short farbrengen and agreed to stay in touch and strive towards achdus. Meanwhile in Boston, shluchim who haven’t spoken in decades sat together for a virtual farbrengen; additional gatherings have already been planned for the near future.

“By this year’s Kinus Hashluchim, we can expect to hear a few more countries announced by the role call,” a source told Anash.org. “What’s publicly known is just the tip of the iceberg. There are many achdus initiatives happening under the radar.”