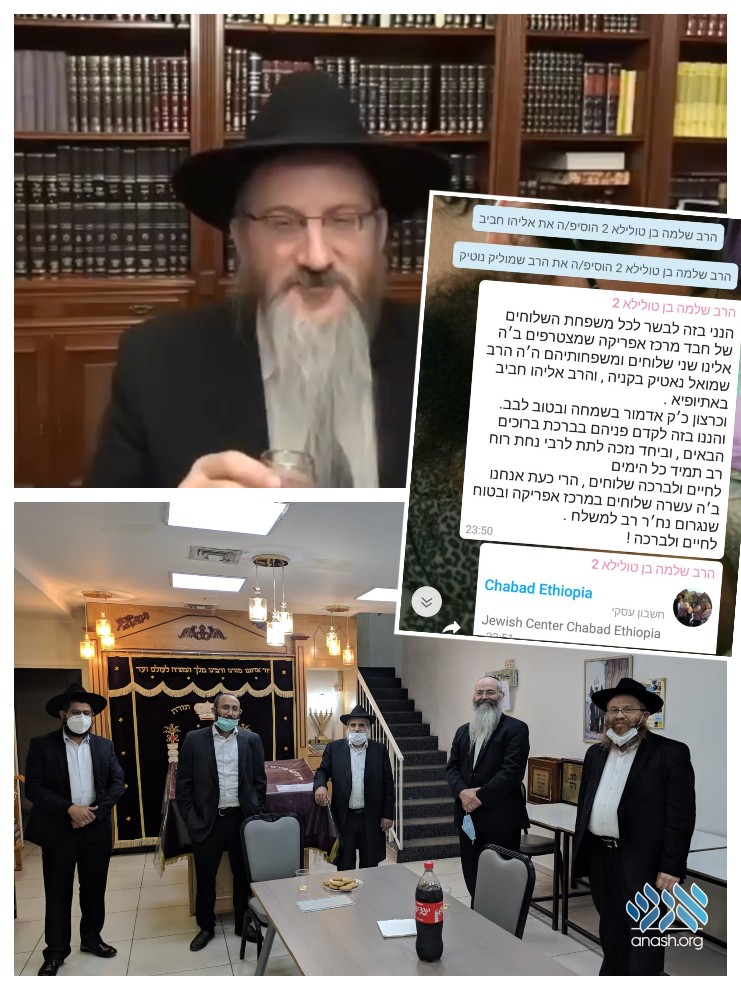 On Sunday, shluchim in two continents made history when they put years of strife behind them. At a virtual farbrengen joined by over 10,000, Rabbi Berel Lazar urged shluchim to make peace and end this galus.

As anash are reeling from a series of painful tragedies – most recently the passing of Shliach Rabbi Benny Wolff of Hanover, Germany – chassidim are looking inward, trying to find that one change that will end the gzeirah and usher in moshiach.

With great emotion, Rabbi Lazar spoke of his personal relationship with the niftar and how tirelessly he worked at his shlichus. He then pleaded with shluchim and anash to put their differences aside, no matter how important and real they are.

“The root of our problem is that there are two Kinus Hashluchims, and two separate factions.”

“I’m not saying it’s easy,” Rabbi Lazar continued, “but if we want to make it work, we can. I am ready to go to every shliach anywhere in the world and break my head to make it work. Today, all barriers must be broken. Everyone should call their fellow Chossid and get along. We have no choice.”

This afternoon in Kfar Saba, shluchim met with Chabad activists in the city to iron out their differences after years of strife. Present at that meeting were Rabbis Aharon Kanievski, Yakov Mizrachi, Yossi Lipkin, Mendy Kanievski, and Shalom Zohar. The group promised to put all differences aside and work together as one team on all Chabad activities.

In Central Africa, head shliach Rabbi Shlomo Bentolila announced the addition of two shluchim families to the African continent, Rabbi Shmuel Notik in Kenya and Rabbi Eli Habib in Ethiopia. For the first time since their arrival in Africa several years ago, they have now been officially welcomed into the family of shluchim.

This evening, a virtual farbrengen moderated by Rabbi Lazar is being watched by chassidim around the world. The gathering was announced right after Rabbi Wolf’s levaye, and within an hour there were over ten thousand people present.

Many speakers addressed the audience, some of whom were family or close friends to Rabbi Wolff, a”h. The message is being brought home again, and again: there must be true sholom and cooperation among all anash and shluchim.

“When we focus on the things that divide us, we turn a ‘fly’ into an ‘elephant’,” said Rabbi Shabtai Slavaticki of Antwerp, Belgium. “We must find the things that unite us – that which we have in common. And we must do it b’poel mamash – through concrete action.”

Indeed, the Tzemach Tzedek said that the Alter Rebbe wished for all chassidim to be like one family and that achdus among chassidim will lead us to Moshiach.