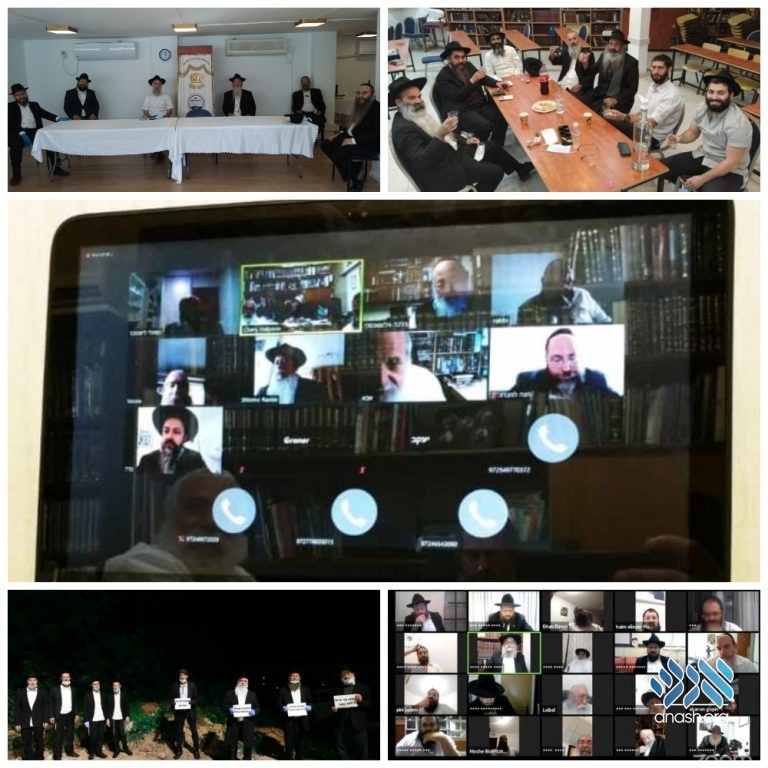 Even as the initial excitement wears off, the achdus initiative continues making waves in Eretz Yisroel, both from the top, with the two factions of Aguch meeting for the first time, as well as continued grassroots efforts.

As the achdus initiative spearheaded by Russia’s Chief Rabbi continue to make waves, shluchim in Eretz Yisroel turned it up a notch, with historic meetings working to heal feuds over a decade old.

The meeting focused on the need for current peacemaking efforts to have concrete results. The attendees agreed to set up a task force to aid the shluchim making peace and help them resolve differences.

While the initial excitement has slightly cooled down in America, in Eretz Yisroel, grassroots efforts continue around the entire country.

A peacemaking conference was held in Chabad of Chadera, in which shluchim and activists pledged unity, and a similar meeting took place on Tuesday in Zichron Yaakov.

Further reports came in from Maaleh Adumim where shluchim reached an agreement to be in contact with each other. These meeting are in addition to earlier meetings reported on Anash.org, in Netanya and Kfar Saba in Eretz Yisroel, Central Africa, Mexico and Boston, Massachusetts.

Shluchim from the Krayot also united virtually, joined by Rabbi Chaim Shlomo Cohen of Montreal who was one of the original shluchim to the area.

Tzach in Israel, the body in charge of appointing shluchim, also sent out a letter encouraging the achdus. Signed by Rabbi Naftali Lipsker, the letter calls the efforts “a point of light that is expanding and will become a broad beacon to illuminate the world.”