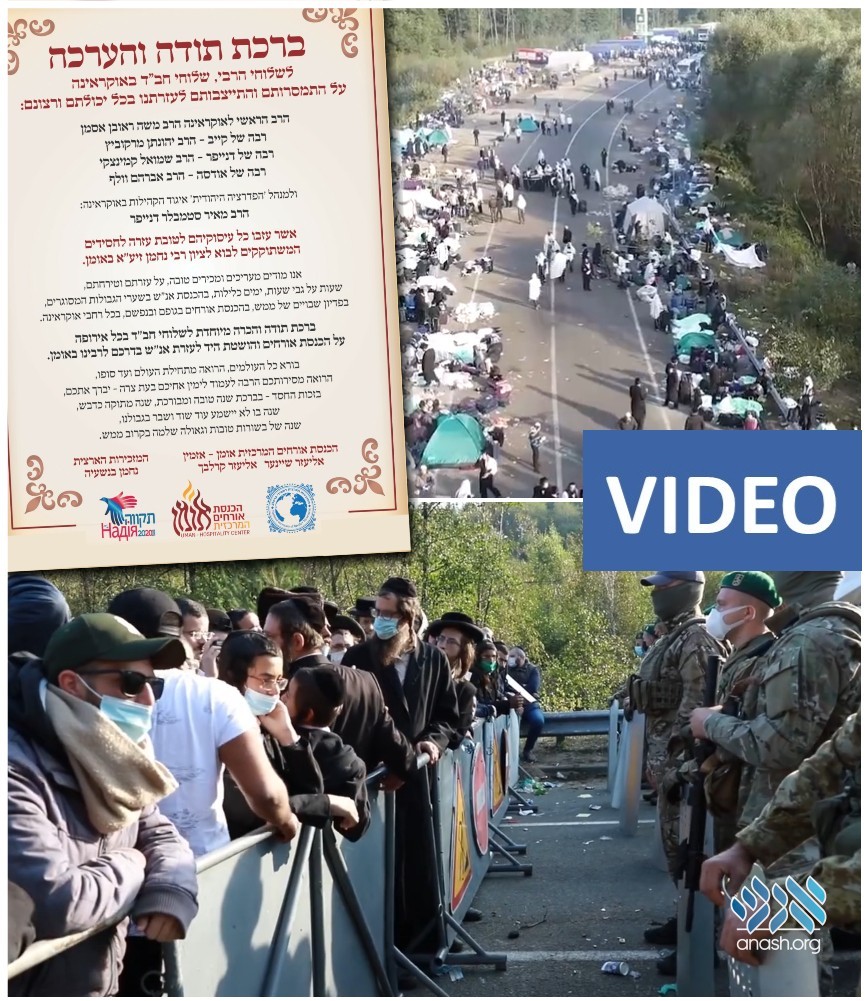 As many of the Breslov Chassidim, who had hoped to get permission to travel to Uman, left Ukranian borders and returned to Eretz Yisroel, central Breslov organizations thanked shluchim for help over the past weeks.

As many of the Breslov Chassidim, who had hoped to get permission to travel to Uman, left Ukranian borders and returned to Eretz Yisroel, central Breslov organizations thanked shluchim for help over the past weeks.

The saga began when Ukraine announced that the country’s borders would be closed from August 28 to September 28, to prevent thousands from traveling to Uman as in previous years.

When hearing about the ban, hundreds of Breslov chassidim dropped everything and traveled to Uman, catching some of the last flight that allowed forgeniers. Nevertheless, many of them were detained, beaten and left without food or water for many hours.

At the time, shluchim in Ukraine sprung into action and supplied Kosher food and drink to the chassidim. Other chassidim, who hadn’t managed to make it to Ukraine for Shabbos, spent the weekend in Chabad houses in various countries.

Over the past two weeks, the situation quickly spun out of control. Thousands of Breslov chassidim traveled to Belarus, hoping to find a way from there into Ukraine. Hundreds of others traveled to other countries that share borders with Ukraine.

When a rumor spread that the Belarus-Ukraine was open, over 2,000 Breslovers went to the border, hoping to be let in. However, it was a false alarm. The border was shut, and the chassidim were starnded between the two countries.

Over the past week, as many attempted to work out a deal to let the chassidim travel to Uman, the thousands remained stranded at the border, with limited food and no shelter, causing a humanitarian crisis. The situiation only slightly improved after the Red Cross brought some food and set up tents for the women and children.

Throughout the entire time, shluchim to Ukraine spent hundreds of hours helping the chassidim, supplying food and necessities and doing whatever possible to help.

On Thursday, in recognition of those efforts, central Breslov institutions released a letter thanking them for their help.

“Our deepest thanks goes to the Rebbe’s Shluchim, shluchim of Chabad in Ukraine, for helping us and standing by are side the entire time,” the letter says, before naming Rabbi Moshe Asman, Rabbi Shmuel Kaminetzki, Rabbi Yonasan Markowitz Rabbi Avraham Wolf and Rabbi Meir Stambler who “dropped everything to aid those seeking to travel to the tziyon of Reb Nachman in Uman.”