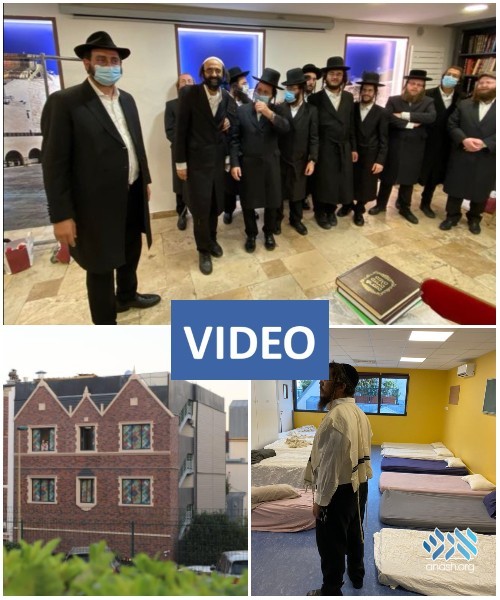 A group of Breslaver Chassidim traveling to Uman were stranded in Charles de Gaulle airport just hours before Shabbos. Thanks to local Shluchim the group was able to spend a memorable Shabbos at Beth Lubavitch in Suresnes.

Over a dozen Breslaver Chassidim traveling from Eretz Yisroel to Uman on Friday morning, found themselves stranded in Charles de Gaulle airport (CDG) in Paris, just hours before Shabbos.

Thanks to the efforts of Rabbi Mendy Ouaki, shliach to Suresnes, and Rabbi Levi Gabay, Shliach to the airports, the group was able to spend a memorable Shabbos at Beth Lubavitch in Suresnes.

Similar scenes have been unfolding in a number of other cities. Because of an effort to curtail the yearly pilgrimage of Breslav Chasidim to Uman for Rosh Hashana, Ukraine has decided to close its borders until the day after Yom Kippur.

Trying to preempt the Motzei Shabbos closure, thousands of Breslav Chasidim from around the world grabbed the last flights to Ukraine.

Having been outsmarted, Ukrainian officials refused to allow the group of Chassidim into the country. Instead, they were forced to stay in the airport, in Odessa as well as Kiev, without food or drink, with some even reportedly falling ill and requiring medical attention.

Hearing of the unfolding crisis, local shluchim sprung into action. Quickly gathering whatever food they had available, they sent cases of food for the famished travelers still stuck in the airport.