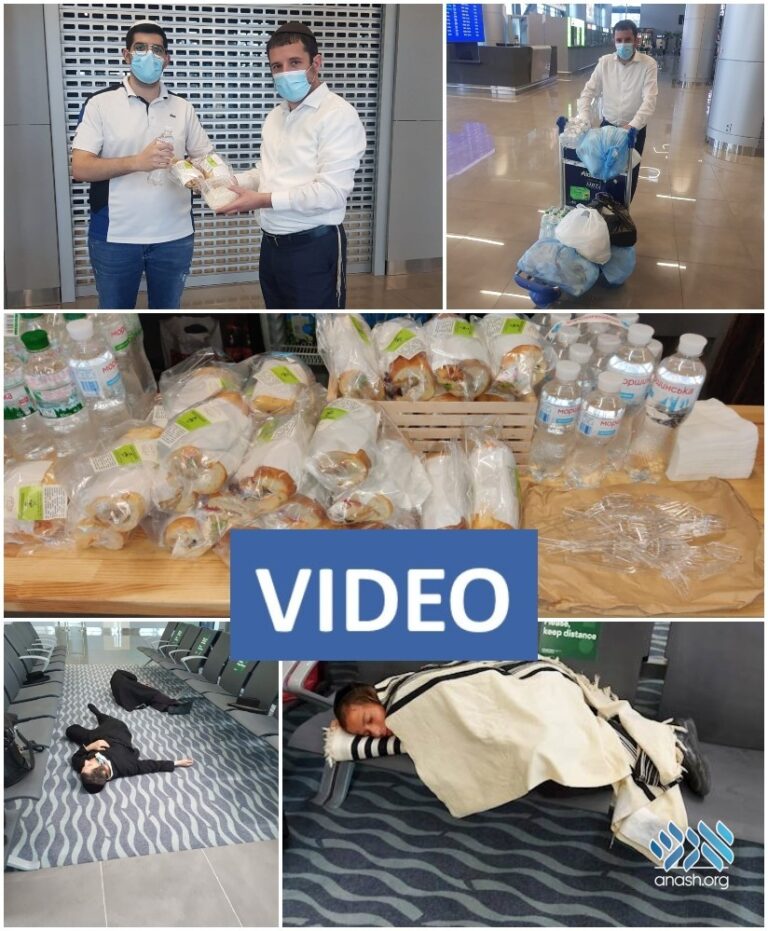 After thousands of Breslov Chassidim streamed into Ukraine before the travel ban sets into effect, and many were detained in the airport for hours with no food or drink, local shluchim came to the rescue.

In an effort to curtail the yearly pilgrimage of Breslav chasidim to Uman for Rosh Hashana, Ukraine has decided to close it borders until the end of September. Thousands of Breslav chasidim tried preempting the Motzei Shabbos closure by leaving immediately on a flight to the Ukraine, but many were detained and refused entry into the country.

Chasidim stranded at the airport report that they are being treated like hostages and are being forced to sign documents which will require them to return immediately to Israel. In the meantime they have been forced to stay in the airport, in Odessa as well as Kiev, without food or drink, with some even reportedly falling ill and requiring medical attention.

Hearing of the unfolding crisis, local shluchim sprung into action. Quickly gathering whatever food they had available, they sent cases of food for the famished travelers still stuck in the airport. Shliach Rabbi Shneur Vigler, principal of the Ohr Avner School in Odessa, made the trip to the airport himself to deliver the packages.

The packages contained schwarma sandwiches, rice, hamburgers, water and other food, which was the first meal many of the travelers had in many hours. The travelers expressed their warm thanks to the shluchim, who had went out of their way to help them without expecting anything in return.