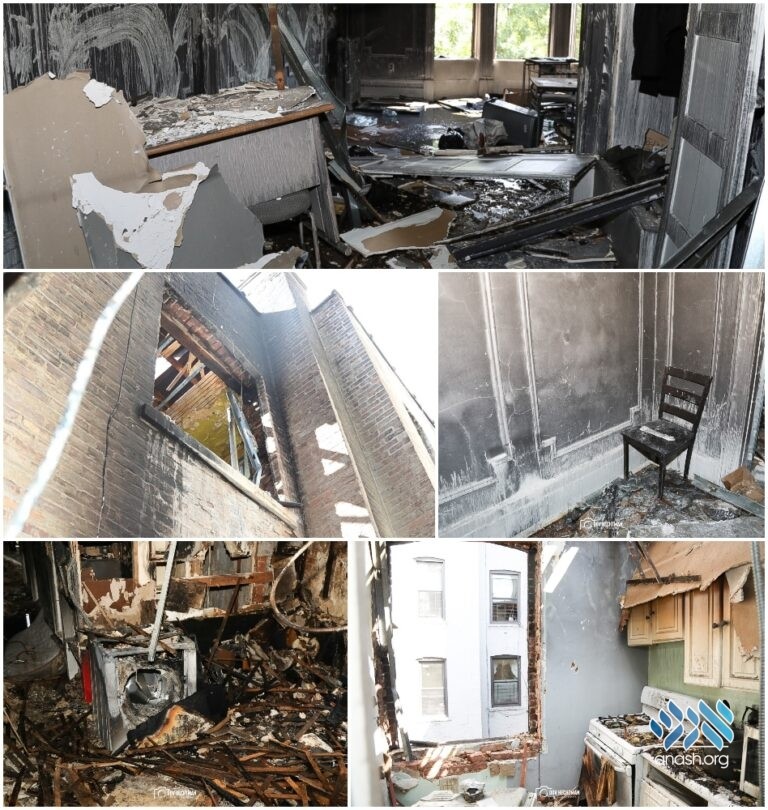 The Wednesday afternoon fire in the 770 Yeshiva dormitory building on Eastern Parkway left behind a trail of devastation and destroyed belongings. Misplaced bochurim will be receiving other accommodations.

The Wednesday afternoon fire in the 770 Yeshiva dormitory building on Eastern Parkway left behind a trail of devastation and destroyed belongings.

As first reported on Anash.org, the fire gutted a floor 755 Eastern Parkway, which was purchased earlier this year to serve as a dormitory for Kevutzah bochurim. Thankfully, no injuries were reported, however, the damage to property was extensive.

While the third floor, where the fire had wreaked most of the havoc, had recently been emptied of occupants to allow for renovations, the fire and the ensuing fire-fighting efforts damaged floors above and below as well.

Sources tell Anash.org that a number of bochurim lost all their possessions, including their clothing, in the fire, and are now left with close to nothing.

In a message sent to bochurim who had been housed in the dormitory, the management of the Igud Talmidei Hakvutzah organization wrote that all misplaced bochurim will have new accommodations by tonight. “We are working on a solution to the complicated situation,” they wrote.