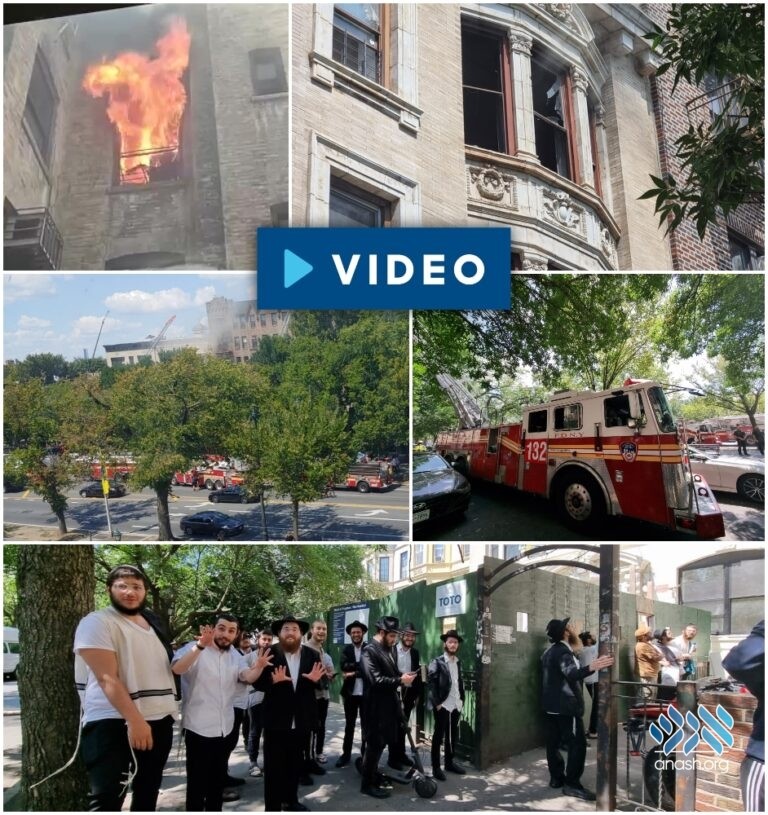 Firefighters issued an “all-hands alert” for a fire that broke out in 755 Eastern Parkway, which was purchased earlier this year by Iggud Talmidei Hakvutzah. No injuries were reported.

Firefighters issued an “all-hands alert” for a fire that broke out in 755 Eastern Parkway, which was purchased earlier this year to serve as a dormitory for Kevutzah bochurim.

The building, which neighbors the iconic 749 dormitory building, was purchased this past winter by the Iggud Talmidei Hakvutzah organization, which intended to slowly transform the building into an additional dormitory.

The fire was first reported at approximately 1:30 PM on Wednesday afternoon. A video shot from an apartment in the building shows raging flames shooting out of a window on the third floor. At 1:38 PM, the firefighters issued an “all-hands alert”, and a number of fire trucks raced to the scene.

Sources told Anash.org that the floor where the fire had taken place had been recently emptied of occupants to allow the renovations to take place.