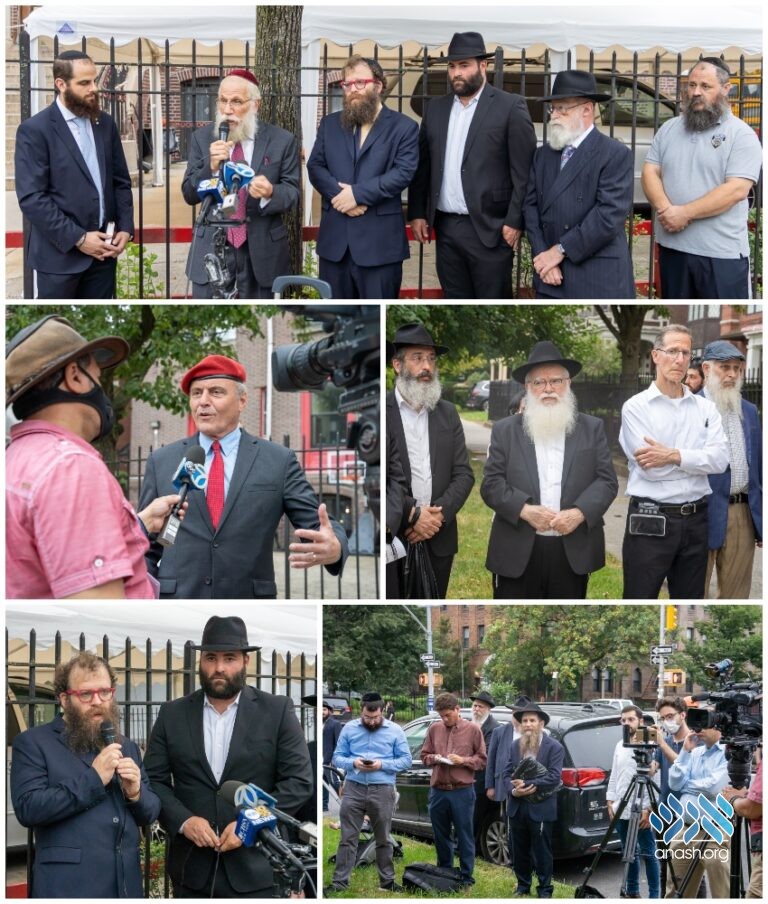 30 years since the murder of Yankel Rosenbaum at the hands of a violent mob during the 1991 Crown Heights Riots, friends and family gathered at the scene of the murder to recite prayers in his memory.

The memorial was held at the corner of Brooklyn Avenue and President Street at the exact location where Rosenbaum was surrounded, violently beaten, and stabbed to death by an angry mob shouting “Kill the Jews”.

In his last hours of life, Rosenbaum identified Lemrick Nelson as the man who stabbed him, and police found a knife in his pocket with blood on it that closely matched Rosenbaum’s DNA. Police testified during the trial that Nelson had confessed to the crime. But the jury found him not guilty of murder.

Nelson eventually served 10 years in federal prison for violating Rosenbaum’s civil rights. Because he had already served time prior to the sentence, he was released under a year later in June 2004.

Chazan Shloime Rabin opened the memorial by reciting Keil Malei Rachamim, followed by a moment of silence in memory of the victim.

Rabbi Shea Hecht, Chairman of the NCFJE organization, recited Tehillim and Mishnayos in memory of Rosenbaum and demanded that the rest of the perpetrators still be brought to justice.

Yoni Rosenbaum, a resident of Crown Heights and nephew of Yankel Rosenbaum, represented the victim’s family at the event. Yoni’s father, Norman Rosenbaum, was Yankel’s only sibling and would end up flying to New York from Australia over 250 times in his never-ending quest for justice on behalf of his brother. Sadly, Norman passed away in 2020.

The event was also attended by Republican Mayoral candidate Curtis Silwa whose group the ‘Guardian Angels’ patrolled the streets of Crown Heights in the aftermath of the riots.