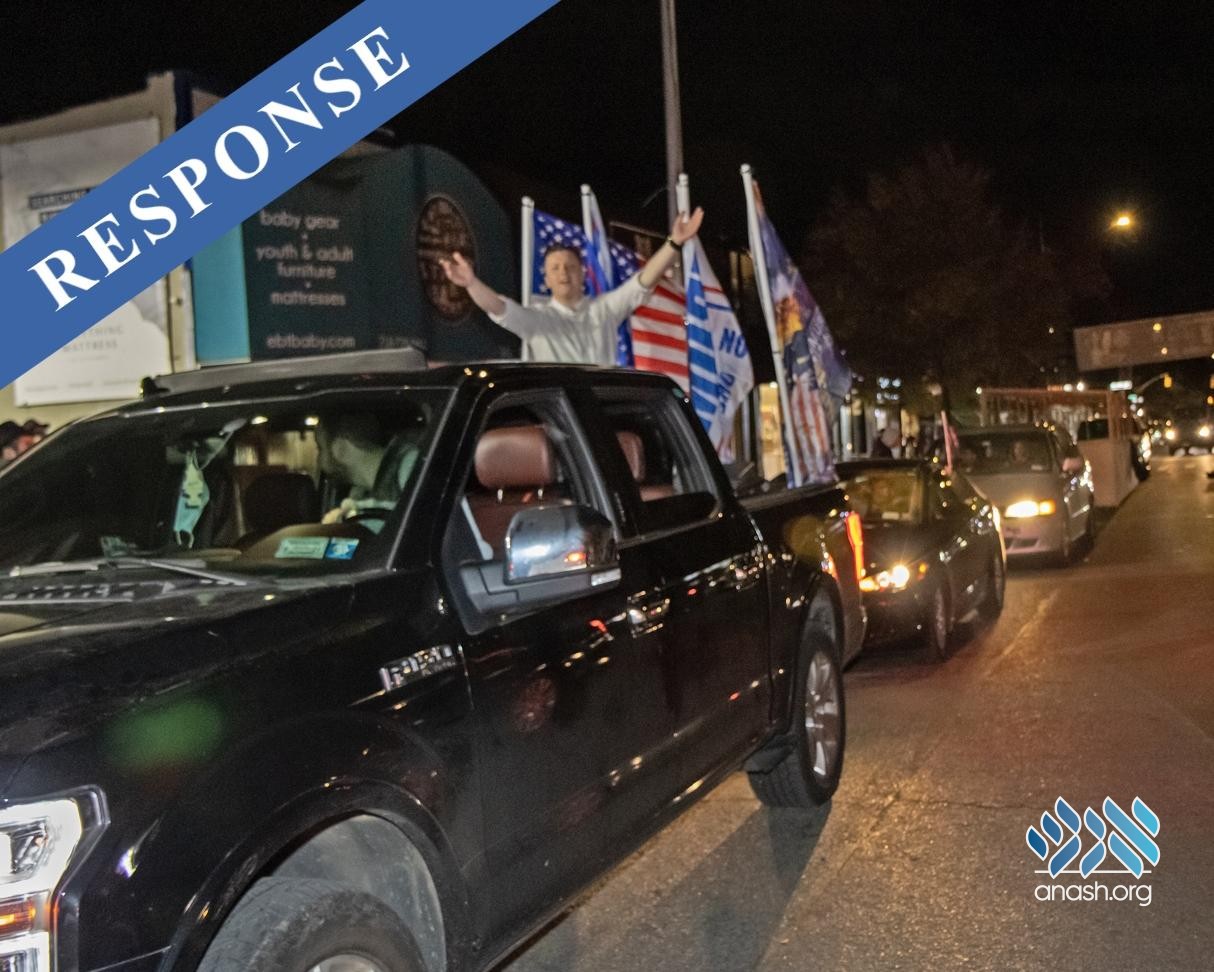 From the Anash.org Inbox: Rabbi Mendel Itzinger responds to feedback on his widely-shared article regarding the mixing of Torah and politics, and expounds on how a chossid should view the elections.

I try to respond individually to every message sent to me. People who take the time to write, deserve a personal response. But the feedback from the last article I wrote has been overwhelming, and it will be challenging for me to reply personally to each one.

Also, most of the questions and comments were along similar lines, and so though usually I would respond to each letter individually, this one time I wrote something more general that encapsulates the overall points where clarity was in order, and sent to those who wrote.

I invite you to see the communication below:

Your most recent letter asking for clarity on a few matters touched upon most of the questions and comments of the letters from others. Therefore, with your permission again, I will respond to you a bit longer and more general than usual and will share this letter to the others that wrote.

Two weeks ago, I forwarded my original correspondence with you, to all those who read my writings.

The gist of my message being not to confuse our real ‘identity’ with political ideology. One is who we are, the other a technicality, one of many things we do in this world to make a Keili.

Honestly, the tone of many of the replies is concerning, as people seem genuinely worried about the future. Therefore, though even one message about politics was too much, I will write one more, as there are two other factors that need to be addressed head on.

The first is an עצה טובה:

Always allow for the probability that there is merit in other opinions.

You are twenty-three years old and run a successful business, it has forced you to recognise that things are not all black and white.

This is true in Torah, (for example: even though ‘Mesiras Shtochim’ (giving away land) is ‘Pikuach Nefesh’, those Rabbeim who allowed their representatives in the Knesset to vote for the peace accord with Egypt are not … R”L. Neither is R Chaim Brisker a … R”L because he scoffed at learning Kabola when testing the Rebbe’s father. Or a less extreme example: my neighbour uses the local Eiruv, can I not use his non-mevushal wine?

No-one in their right mind would even contemplate something so crazy let alone suggest anything of the sort.

Because there is an enormous difference between a מחלוקת and a fight. And it is the very definition of ושבעים פנים לתורה. So long as the Machloikes is about the Halocha itself rather than about changing the Halocha, and it is being argued between people of stature, all opinions have merit and are true.

Torah teaches us that an opposing opinion doesn’t necessarily mean a wrong opinion. Wrong for you doesn’t automatically mean wrong for someone else).

And from Torah we learn that this is true, Lehavdil, in worldly matters as well.

Bring ten business people into a room and ask them how to run a business – I can guarantee you that from within those ten people you will hear directly opposing opinions – each one having succeeded in that very method.

Which of them is right? The answer: both are.

The opposing model is not always wrong!

Okay, that was the first point, an observation I thought is important to point out. Because this black and white either or is not a healthy approach to things. Certainly not ענינים גשמיים.

But there is a far more important point than just personal Midos, and this is the primary reason for my writing and sharing publicly:

Never forget that none of the candidates have בחירה.

They can have policies printed on paper that extend miles. But if the Eibishter doesn’t want them to happen, they won’t.

Chachoim teach us that Megalgelin Zechus Al Yedei Zakai. It is not the President that makes the good things happen, and no president can make bad things happen. The President will do whatever the Riboinoi Shel Oilom wants him to do.

All the good that the President did over his presidency is surely evidence that he has Zechusim, but let us not forget that he is only the Keili through which the Eibishter made those good things happen. In the same way that the tragedies of the past year were all at the Hands of Dayon Hoemes.

As I wrote in my original response to you. Voting is an obligation, and in this case, for many, a chance to show Hakoras Hatov. But it is only a Hishtadlus.

And herein lies the answer to the to the challenge of the all too often blurred line between Torah and Politics, and the ‘black and white’ party-like view being adopted leading to the anxiety of what “they” will do.

The answer is simple; reminding ourselves that:

The Eibishter runs the world. We are His subjects, and we will do whatever He wants us to do.

That is all there is in life!

And when we feel anxious or get carried away by politics, recognise that is the sign that we need to take an hour at the earliest available opportunity, to take out a Maamor Chassidus, close our doors, and spend an hour focusing on the Eibishter.

I should have said this at the beginning, but for those of you reading this who are Bochurim in Yeshiva, this discussion is not for you. You are fortunate that you don’t need to ‘rise above’ the distractions, on the contrary, you live in a world that makes it easy for you to remain oblivious to all the silly distractions.

Try to imagine the smile the Rebbe would have to hear of a Bochur who never heard the name Trump.

Besides that, you are better placed than anyone to affect what happens in this world. Because the world stands on your Avoda! When the Bochurim would ask the Rebbe Rashab for a Brocha to be released from the mandatory draft, the Rebbe would often Bentch them by playing on the words of Birchos Tal במשמנינו אל יהי רזון – if you will be your best nothing bad will befall you.

Summed up by our beloved Mashpia Rabbi Gordon: “Bochurim don’t need to know the news because Bochurim make the news”

And with that, I hope we can again begin to focus on the important things in life, like Avoda Bepoiel.