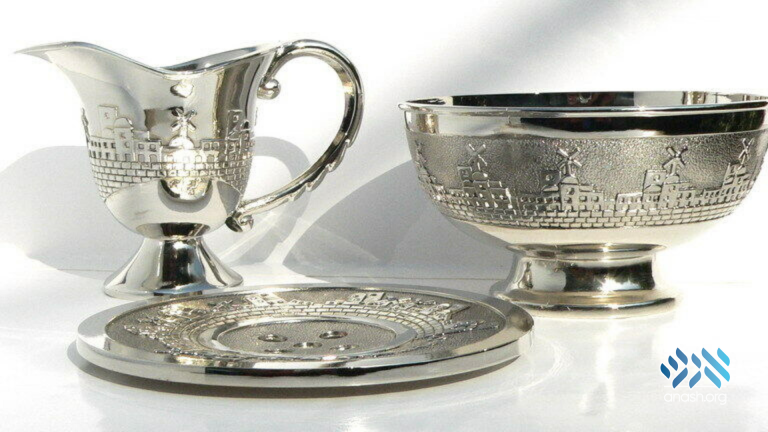 Should women be washing mayim acharonim?

Chazal instituted the obligation to wash one’s fingers—from their tips until the first joint after the nail—prior to bentching, for hands soiled with the grime of food are unacceptable for reciting blessings and mentioning Hashem’s Name. It would have been fitting to recite a bracha on this washing—as we do on the mayim rishonim before the meal—but since at present we don’t perform the mitzvah in the complete manner as ordained by Chazal, which included using scented oil, we don’t recite a bracha.

An additional reason for the obligation is the concern that in the course of the meal one may have touched strong salt that could cause blindness if one subsequently touches their eyes without washing. This second reason applies even to one who doesn’t recite the bentching themselves and are yotzei instead from someone else.

If one doesn’t have water, any type of liquid may be used, for they all remove filth. Wine shouldn’t be used, due to its importance (unless there is nothing else at all.) Poskim record a custom that when people are concerned of missing out on the zimun, they wash with mashke. Some poskim write not to use sea water, for it contains salt, and especially not water from the Dead Sea, for it contains the strong Sodomite salt.

If one mistakenly bentched without washing mayim acharonim, one should wash afterwards. If one remembered in middle of bentching, one should stop to wash before continuing to bentch.

Some aren’t careful about mayim acharonim in the present age, since the strong salt of concern isn’t commonly used, and people aren’t as particular regarding food residue on their hands, thus it isn’t anymore considered “filth.” Still, the Alter Rebbe concludes that it is proper to be meticulous regarding mayim acharonim, and some explain this based on the kabbalistic aspects surrounding the obligation which apply no less in the present.

Whether women are obligated in mayim acharonim in the present age is disputed amongst contemporary halachic authorities. While some hold they share the same obligation as men, others hold that they customarily don’t wash, since today the primary obligation doesn’t exist and it only has the status of a custom—one that women didn’t accept upon themselves, and so is the custom. In any case, if their hands are actually dirty, they should clean them before bentching.