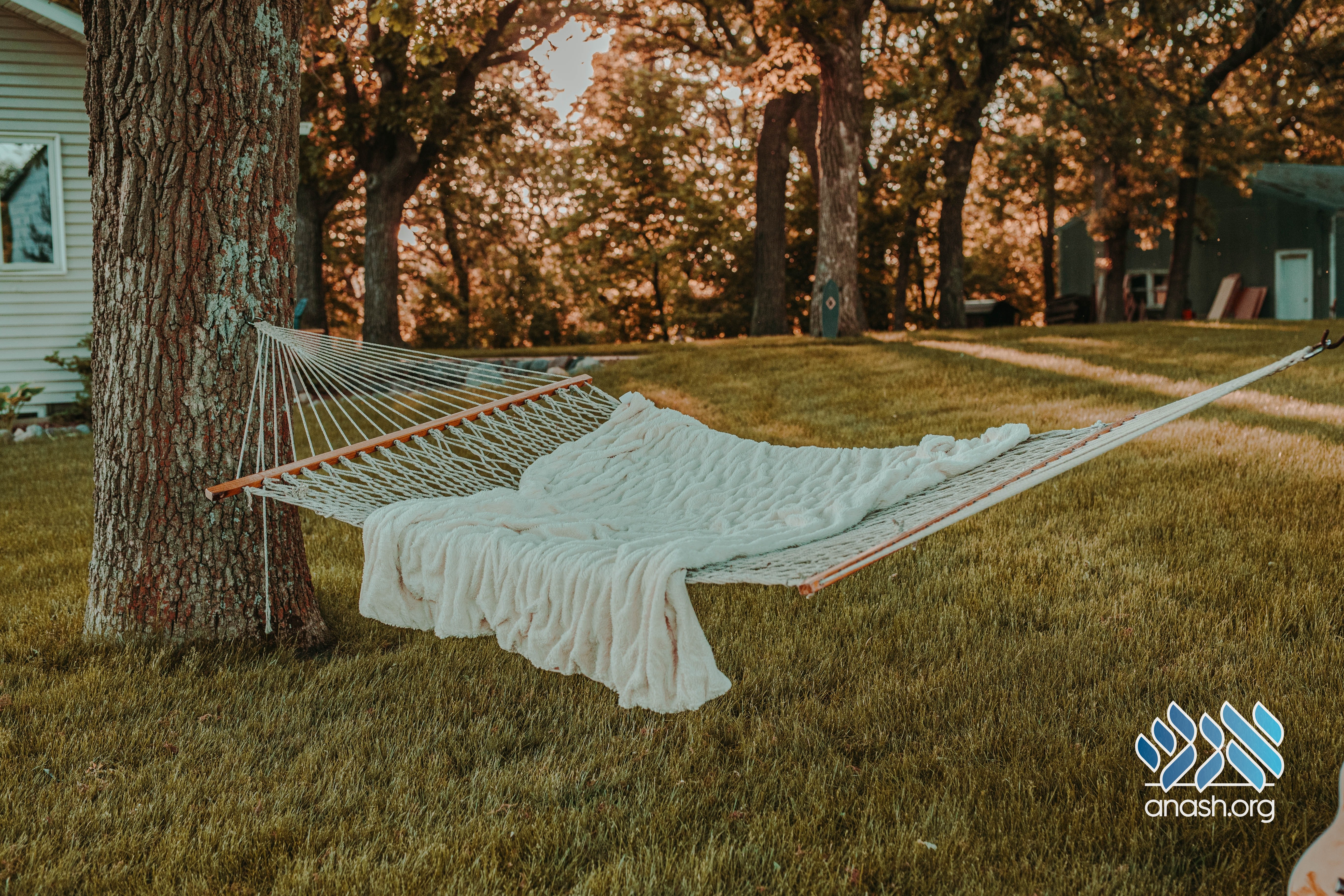 Ask the Rov: I usually take my afternoon nap on the hammock in my backyard. Am I allowed to take my Shabbos nap there as well?

Can I use a tree hammock on Shabbos?

Chazal decreed that one may not use a tree for any purpose on Shabbos or yom tov, as a safeguard against detaching a branch or fruit—even if the particular tree has no branches or fruit. For this reason, one may not even lean on a tree if it will shake.

One may not climb a tree, and one who does so purposely is penalized to remain there the entire Shabbos. Placing an object on the tree or taking something from the tree—e.g. a ball that got caught—is also considered using the tree, and whatever was on the tree when Shabbos began becomes muktzeh for the entire Shabbos. (Even if the only available shofar is on a tree, it may not be taken although it means missing tekias shofar.) One should not put something on a tree on Friday that he may come to use on Shabbos.

Even something supported by the tree directly—e.g. a hook attached to the tree or a ladder leaning on the tree—may not be used. However, items that are indirectly supported by the tree may be used. Thus, if there is a hook with a basket hanging from it, one may put things in and take things out of the basket, but not remove the basket, which would constitute ‘using’ the hook itself.

If a hammock or swing is nailed or tied directly to a tree, it is forbidden to be used on Shabbos since the hammock seat and the rope are one entity that is directly supported by the tree. If, however, the hammock is hung from a hook or peg that is attached to the tree, one may use the hammock provided the tree doesn’t shake. If the tree does shake, it is prohibited even with two entities, since that constitutes using the tree. Likewise, hanging it on Shabbos would constitute using the hook and is prohibited.