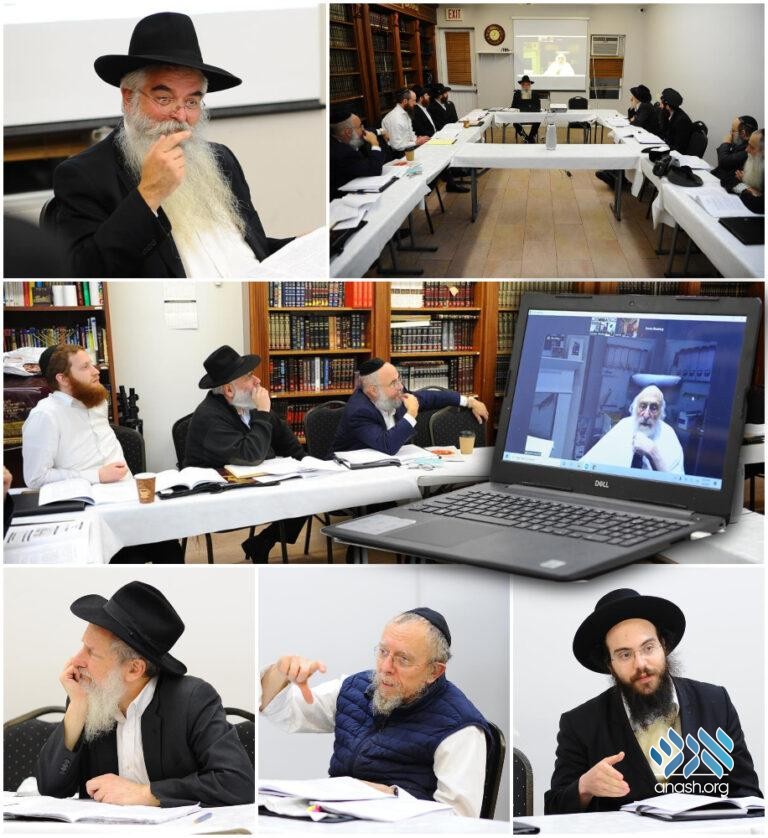 Nearly half a year since the Machon Lemaan Yilmedu opened, a final was given yesterday on Hilchos Basar V’Chalav in Shulchan Aruch for the class in Crown Heights by Toronto Rov Dovid Schochet.

Nearly half a year since the Machon Lemaan Yilmedu opened, a final was given yesterday on Hilchos Basar V’Chalav in Shulchan Aruch for the class in Crown Heights.

The test was given by Rabbi Dovid Schochet, president of the Agudas Ha’Rabbanim and rav of the Chabad community in Toronto. This test followed two previous tests which were given by Rabbi Gavriel Zinner, author of Nitei Gavriel, and by Rabbi Yosef Yeshaya Braun, Mara D’Asra and member of the beis din in Crown Heights.

For an hour and a half, Rabbi Schochet tested the talmidim of the machon who displayed proficiency in the material. He was impressed that yungerleit with families have been putting much work into the study of Yoreh Deiah in an organized way and are becoming very knowledgeable in the material. In conclusion, Rabbi Schochet encouraged the students to continue putting work into their learning and said how important it is to receive semicha, and especially, to know the practical applications of what they are learning.

The head of the machon, Rabbi Zushe Wilhelm, expressed his thanks to Rabbi Schochet for the test. He was pleased to note that we see the fulfillment of Chazal, “yogaata u’matzasa, taamin,” in that the efforts put into the learning were apparent in the results of the exam.

For information about the program, please visit: www.lemaanyilmedu.com