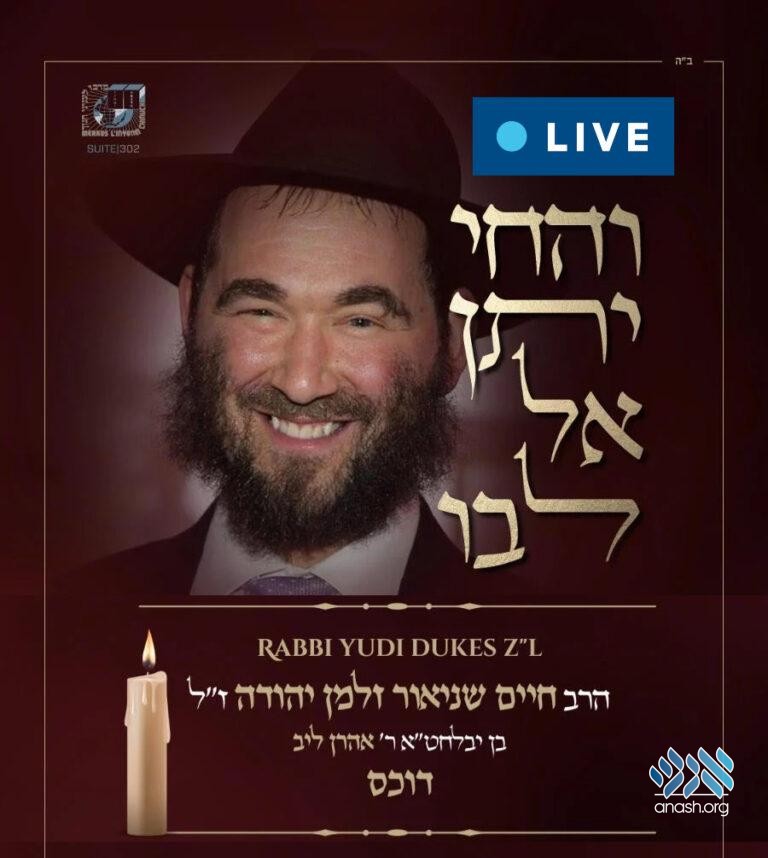 Join Live at 8:00 PM ET: A virtual gathering will commemorate the shloshim of Rabbi Yudi Dukes a”h, founder and director of JNET, who inspired thousands during his battle with COVID-19.

A virtual gathering on Thursday will commemorate the shloshim of Rabbi Yudi Dukes a”h, founder and director of JNET who inspired thousands during his battle with COVID-19.

Yudi, who passed away on 8 Shevat, 5781, was the longtime director of the Jewish Learning Network, or JNet, a worldwide program that pairs people to study Judaism together. Even during his hospital stay, he would be working his phone and his iPad, directing JNet, and connecting people for weekly sessions of over-the-phone Torah-study.

Throughout the entire ordeal, Yudi’s wife, Sarah, bravely chronicled her journey of Emunah and Bitachon, inspiring others in the face of unimaginable difficulty.

Addressing the shloshim will be friends, family and colleagues of Yudi, who will share stories, memories and words of inspiration. A number of new and exciting initiatives in memory of Yudi will be announced as well.