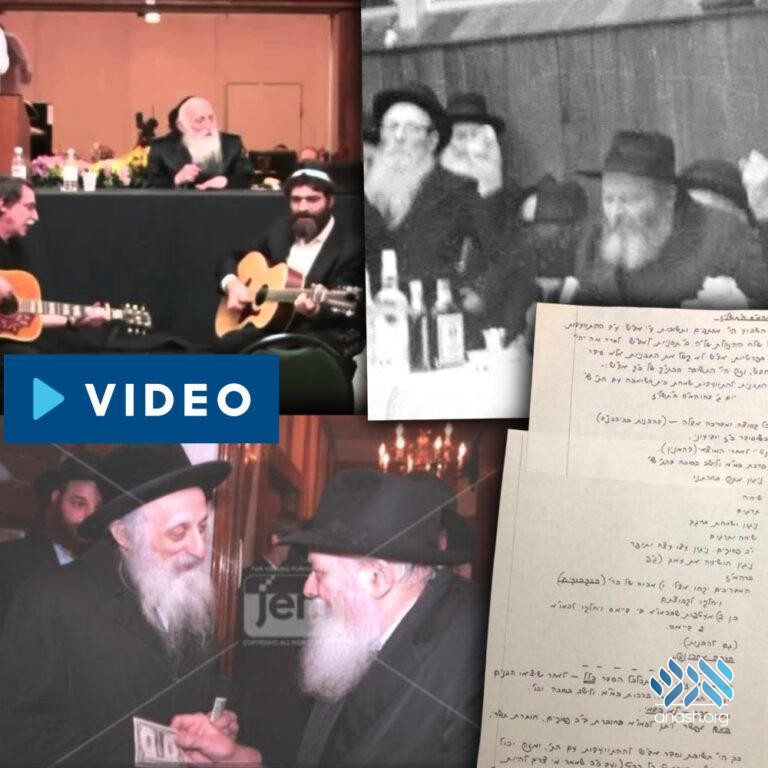 In connection with the recent passing of Rabbi Dr. Avraham Y. Twerski, Rabbi Avraham Browd compiled an overview of the Niggun ‘Hoshia Es Amecha’ collected from many Sichos, Yomanim, and Zichronos heard from Chassidim.

In connection with the recent passing of Rabbi Dr. Avraham Yehoshua Heshel Twerski, Rabbi Avraham Browd of Cheder Ohel Yosef Yitzchok Lubavitch of Detroit compiled an overview of the Niggun ‘Hoshia Es Amecha’ collected from many Sichos, Yomanim, and Zichronos heard from Chassidim.

Until his passing last Sunday, many were unaware that this beautiful and world-famous niggun, which the Rebbe loved dearly, was in fact Rabbi Twerski’s own composition.

Before his passing, Rabbi Twerski gave the unusual request that no eulogies be delivered at his funeral. Instead, those accompanying him on his final journey should sing ‘Hoshioh Es Amecho’, the tune he composed more than sixty years ago, which has brought joy to many Jews.

“Amongst Anash in Pittsburgh, Rabbi Twerski was fondly called by the name Shieh,” Rabbi Browd said. “Shieh is a popular nickname for his second name Yehoshua, which means salvation. And to thousands, he was indeed the messenger of Hashem to save them. It is notable that this Niggun begins with the word “Hoshia” which has the same meaning.”

A special thank you goes to Rabbi Michoel Seligson for his daily Zichronos of the Rebbe – audio clips, from which many interesting facts regarding this niggun were gleaned.