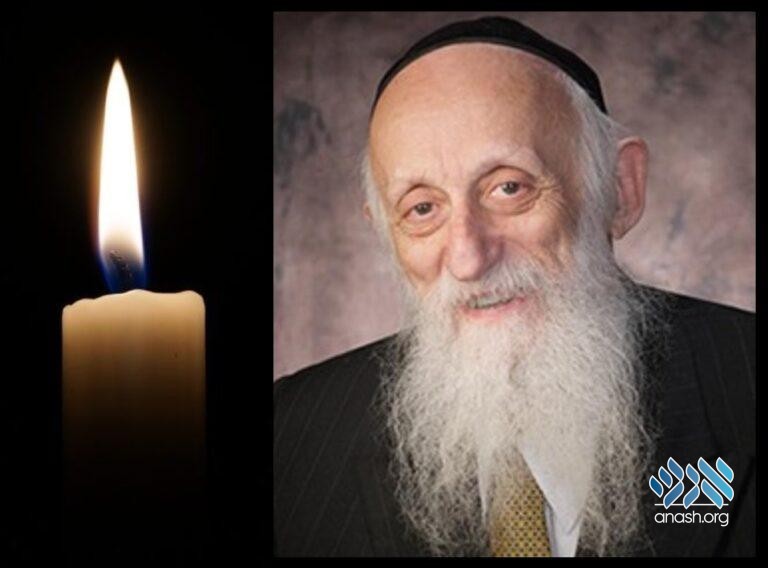 Rabbi Dr. Abraham J. Twerski, a noted psychiatrist, rabbi, and author who helped thousands with his Torah approach to addiction and recovery, passed away Sunday, 18 Shevat, 5781.

Rabbi Dr. Abraham J. Twerski, a noted psychiatrist, rabbi, and author who helped thousands with his Torah approach to addiction and recovery, passed away Sunday, 18 Shevat, 5781.

He was 90 years old and was recently infected with coronavirus.

Rabbi Twerski was a scion of the Chernobyl and Sanzer dynasties and traced his family tree all the way back to the Baal Shem Tov. He is also a descendant of the Alter Rebbe and the Mitteler Rebbe.

Twerski was born in Milwaukee, Wisconsin. He enrolled in the Hebrew Theological College of Chicago and received his semicha in 1951. He practiced as a rabbi for a number of years in Milwaukee, before becoming a psychiatrist and moving on to Pittsburgh.

Rabbi Twerski founded both the Pennsylvania-based Gateway Rehabilitation Center and the Shaar Hatikvah rehabilitation center for Israeli prisoners and served as the clinical director of Pittsburgh’s S. Francis Hospital and associate professor of psychiatry at the University of Pittsburgh’s School of medicine.

In an interview with JEM’s Here’s My Story, he revealed that the Rebbe would send him patients. “The Rebbe sent patients to me,” he said, “That is, he used to tell people to go to a rofeh yedid – a doctor who is a friend of the patient – and I was designated as the rofeh yedid, or as one of the rofeh yedid.”

Rabbi Twerski would also send his patients to see the Rebbe. “I saw the psychological impact that he had on people. My gut feeling was that he had a way of making people feel special because he treated them as special.”

He also composed a medley to the words ‘Hoshioh Es Amecho’ which was often sung at farbrengens of the Rebbe.

Rabbi Twerski has authored more than 60 Seforim and books on Judaism and self-help, and is a world-renowned expert on addiction who has helped thousands over the years.