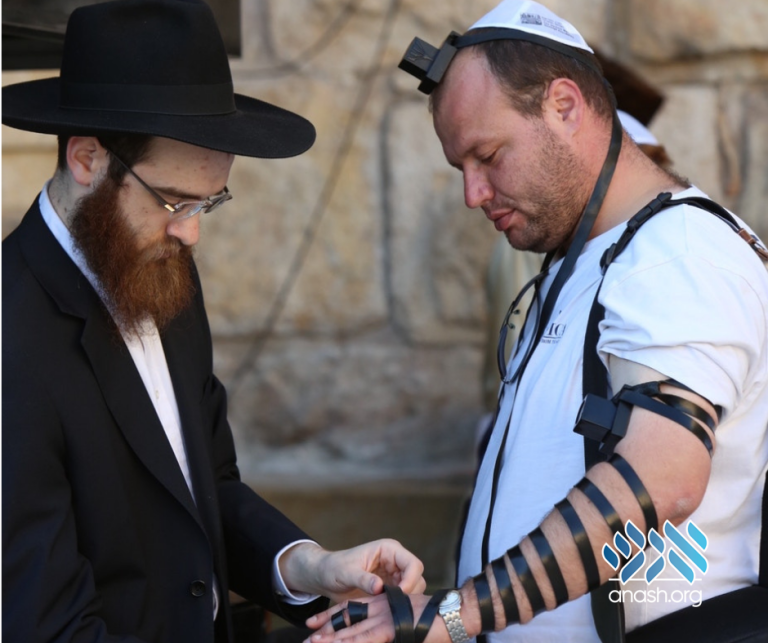 I eat with my right, but write with my left. On which arm should I don tefillin?

The Gemara brings two expositions to teach that tefillin are to be bound on one’s left hand: (1) The juxtaposition of “ukshartam” (“you should tie”) and “uchsavtam” (“you should write”) teaches that the tefillin should be tied with the same hand that one uses to write (writing demonstrates a professional use of the hand), thus they are tied onto the opposite arm; (2) The word “yad’cha” is read as “yad keiha,” the weaker hand, which is usually the left.

The question arises if one writes with one hand but does most other things with the other, thus in a way, his “weaker” hand is the hand he writes with. Do we follow the weaker hand, or we solely look at which hand he uses for writing?

Regarding one who from childhood writes with his left and does everything else with his right, Shulchan Aruch quotes dissenting views as to which arm should be used for tefillin, and Rema rules that the hand used for writing (his left) is his primary hand, thus tefillin are placed on the opposite one (his right arm).

The Magen Avraham and Alter Rebbe concur with the Rema, and the Mishna Berura writes that this is the custom of many. Yet, the Tzemach Tzedek differs and sides with the view that the hand used for the majority of activities is primary, and tefillin are placed on his left arm. Some rule that this dispute has no conclusive resolution.

If one writes with his right and does everything else with his left, the Alter Rebbe holds tefillin should be placed on his left arm, while the Tzemach Tzedek holds in this scenario he should don tefillin on both arms—one after the other, or one right after davening.

Amongst Chabad rabbonim, there is a longstanding disagreement how to rule. Although whenever the Tzemach Tzedek differs with the Alter Rebbe we generally follow the Tzemach Tzedek – since halacha follow the later opinion (halacha k’basra’i) who was aware of the earlier opinion’s arguments – here he doesn’t clearly mention the Alter Rebbe’s opinion and the widespread custom seems to follow the Alter Rebbe (although if one wishes to be stringent and don on both hands, there is room for such a hidur). However, every person should ask his personal rov which view to follow.