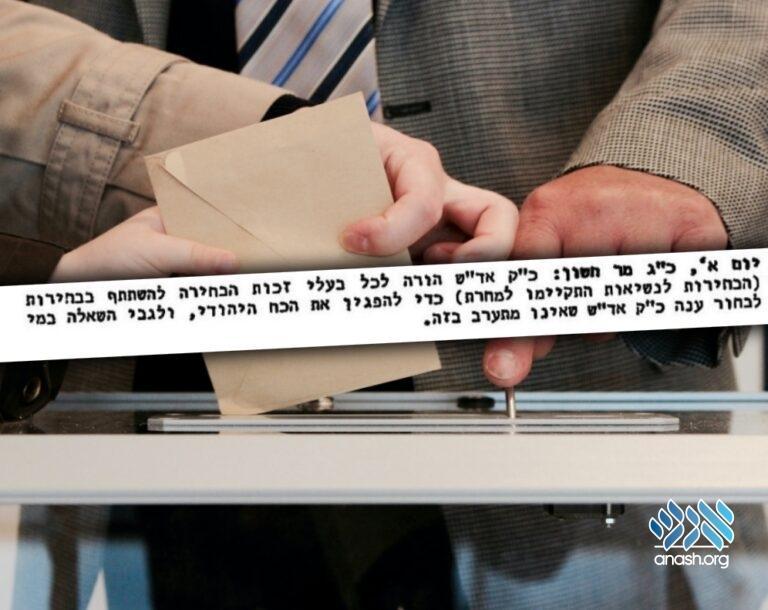 Anash.org Editorial: With our yeshivos and way of life under constant attack, now is not the time to sit on the sidelines. The Crown Heights community can have a huge influence with a minimal amount of effort.

Over the past few years, a disturbing pattern has emerged: Every few months, the religious Jewish community wakes up to yet another attack on our communities and our way of life.

Sometimes, the attacks take the age-old form of violence or vandalism against Jewish individuals and institutions. More often, well-funded groups and factions attack us in court and in the public sphere, seeking to dismantle our educational systems and way of life.

But all of them have one thing in common: They can largely be avoided with the right resources. Security and police protection on one hand, and building solid connections with politicians and policymakers on the other hand, assure, b’derech hateva, the continued safety of our communities and our lifestyle.

These things don’t happen by themselves, however. In the political world that we live in, if we want our elected officials to care about us, we have to give them a reason to. Officeholders, with the rare exception, don’t do favors out of the goodness of their hearts. They act if they have what to gain.

In 5741, on the day before the presidential elections, the Rebbe sent out a surprising message: Everyone who had the right, should go out and vote! The Rebbe explained that it is important to demonstrate the Jewish voting power.

The Crown Heights community has more 15,000 potential voters, a number that can sway almost any local election. The number of actual voters is only a small fraction of that, however.

Imagine if the community would band together and utilize its voting power: New York elected officials would no longer “forget” about what is important to us, and even our US Senators and Congressmen would think twice before voting for the next Iran deal, or whatever new thing comes their way.

Practically speaking: On Tuesday, June 28th, 2022, there will be an election for Assemblymember, Governor, and District Leaders.

We encourage everyone to please come out and vote to help ensure that our community remains relevant.

If you will be out of town on June 28th, you can vote early starting Sunday, June 19, through Sunday, June 26th. The early voting site is usually different than the regular voting site.