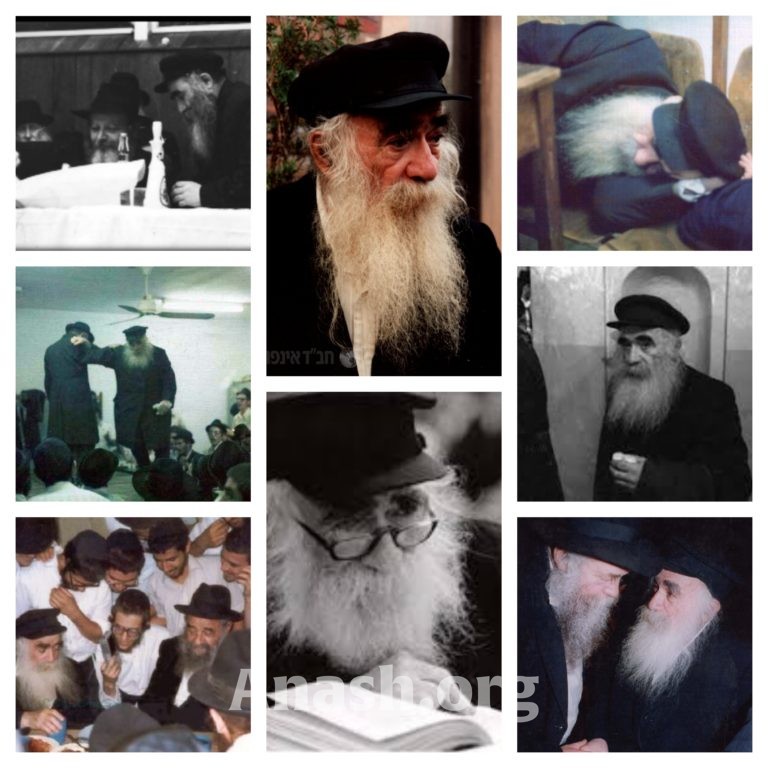 He was a young orphan who grew up in the most difficult times in Russia. He was a talmid of Tomchei Tmimim in Kremenchuk, Charkov, Vitebsk and Nevel until 5689/1929, He married Leah Rubinson of Karelevitz, but not before he married off his two sisters to two fine temimim, R’ Bentzion Shemtov and R’ Zalman Serebrianski. The three brothers-in-law ultimately passed away on 3,4 and 5 Tammuz.

Reb Mendel literally gave away everything he earned to Tomchei Tmimim. Keeping yeshivos away from prying eyes and keeping local officials happy was very expensive. After getting married he earned a nice parnossoh, but he’d keep very little of his profits. For himself and his family he held on to the bare minimum, the rest was for yeshivos. If he didn’t have it he’d borrow it from someone who did.

He sat in Soviet jails and was exiled to Siberia for a period of ten years for his work spreading Yiddishkeit. He was the one who helped hundreds of families escape Russia in the years 1946/1947, while he ultimately stayed behind, separated from his family for some 18 years. Soon after the border closed he was arrested and spent close to a decade in Siberia. When released his work didn’t subside, he continued working for Yiddishkeit despite the great personal danger involved. (See video clip below)

After being allowed to leave Russia in 5724/1964, he spent some 7 years in London, helping build the local mosdos and being a mashpia in the community, but the Rebbe had something bigger in store for Reb Mendel. Many, many yidden who grew up London remember him from then, and especially remember the personal strength he showed when tragedy struck and his daughter was killed in an accident, r”l.

After the passing of Reb Shlomo Chaim Kesselman on 19 Iyar 5731/1971, the Rebbe sent Reb Mendel to be the mashpia in yeshiva in Kfar Chabad. But his influence well beyond the walls of the yeshiva. He was the Rebbe’s unofficial ambassador to all Of Eretz Yisrael and to all kinds of yidden, bringing the Rebbe’s message to anybody who would listen. In addition he would care for the gashmiyus of other mosdos, traveling for several weeks a year to collect funds for the Yeshivas HaBucharim in Kfar Chabad .

In an interview he once said that the time in Siberia were “days of light.” That in the outside world there was the battle between the physical and the spiritual. In Siberia there was no physical… So all he had was the spiritual, learning and davening. “My soul was free,” Reb Mendel said.

How did he study if he had no seforim?

Here’s what he said: “I would picture the cheder I attended when I was a child. I would sit in the third row. I remembered the table at which I would sit, the seforim that were placed on it. To my right sat my friend Berl, and to my left my friend Zalman. Yossel sat in front of me. I remembered their faces, the games we would play, the secrets we would tell each other. And I remembered the melamed: tall, with stern eyes, but with a warm and loving smile. I would picture him and the classroom in my mind. The scene was so vivid that I could actually hear the melamed speaking: “Shnayim ochazin betallis...” I would listen, and concentrate to record his words in my mind. Soon he had taught me a daf of Gemarah.

“I then shut off the picture of the cheder and began to review the page that I had just learned. After a time, it was committed to memory. Then I returned to the cheder to learn another daf of Gemarah. In this way, I learned many perokim of Gemarah and a good portion of Tanya.”

Listen to the Rebbe speak about Reb Mendel on Yud Shvat 5722/1962, a year before Reb Mendel was finally allowed to leave the USSR and join his family in London.