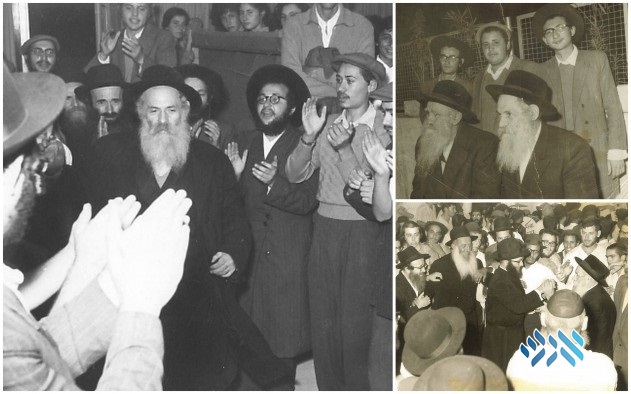 Reb Shlomo Chaim was a legend who built generations. One can recognize a mekabel of Reb Shlomo Chaim by seeing how he learns, davens and carries himself 50, 60, even 70 years after leaving yeshivah. Appointed as a mashpia by the Rebbe Rashab, he continued his holy work through the entire nesius of the Frierdiker Rebbe and into the first 20 years of our Rebbe’s leadership. He had a rare gift for being able to fuse old and new; to him, avodas hatefilla and the avoda of Dor Hashvi’i were not mutually exclusive concepts, but two ideals that went hand in hand.

With Reb Shlomo Chaim, there was no generation gap. In spite of the age difference between him and the bochurim with whose chinuch he was entrusted in his later years, each bochur knew that no matter what he was going through, his mashpia would be able to relate. His door was always open, and his connection didn’t end once they left the yeshiva. Many yungeleit would continue confiding in and seeking guidance from him years after getting married.

During his days in Eretz Yisroel, many bochurim would come to Lod and Kfar Chabad from Litvishe yeshivos to experience farbrengens and chassidishe life. Reb Shlomo Chaim had a very strong influence on these bochurim, many of whom eventually joined Tomchei Temimim and became chassidim. Some of today’s most well known names in Lubavitch are from these groups of Litvishe bochurim who were shlepped in by Reb Shlomo Chaim.

At a farbrengen on Yud Tes Kislev, Reb Shlomo Chaim was speaking about the importance of being mekusher to the Rebbe. A visiting bochur from a Litvishe yeshiva challenged him, saying, “I learn Gemara and I’m mekusher to Abaye and Rovo!” The mashpia responded, “Yes, you can connect yourself to the great sages of the Gemara, but I’m not certain they’d want to be connected to you! The Rebbe is the nasi hador and would accept you as his mekusher.”

It is interesting to note that Reb Shlomo Chaim felt strongly about the importance of Lag Baomer and always insisted on making the long trip to Meron. He encouraged the bochurim to make the effort to go to Rabi Shimon. He was niftar just one day after Lag Baomer.