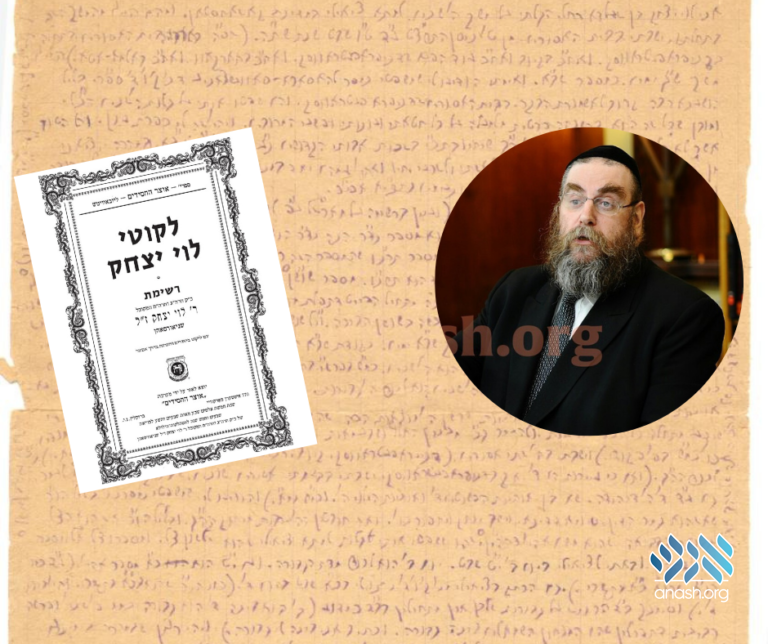 A profound manuscript by Reb Levik on the Kabbalistic significance of his arrest has been annotated and explained by Rabbi Dovid Dubov, shliach in Princeton, NJ, and expert in Reb Levik’s writings.

In a fascinating manuscript written while in exile, Reb Levik, in his classic manner, analyzed how each aspect of his arrest that occurred to him, is associated with his spiritual level and the source of his neshama.

He starts out by explaining that both his names, Levi and Yitzchak, are associated with the sefirah of Gevura, Hashem’s attribute of severity. This can be inferred from two well-known concepts. Firstly, Avraham Avinu’s service of Hashem was in a manner of Chessed, and Yitzchok’s was in a manner of Gevura. Second, Kohanim are Chessed and Levi’im – Levi are Gevura.

Based on the above, Reb Levik goes on to explain how the details of his imprisonment and exile were linked to Gevura. For instance, he writes that his exile was for five years, corresponding to the 5 levels of Gevura. Additionally, the ruling ending his exile was given on Hosha’na Rabba, when we hit 5 hoshainos on the ground, thereby ‘sweetening’ the 5 levels of Gevura.

The entire reshima is written in the manner typical of Reb Levik, with many concepts based on the deepest ideas in Kabbalah. The average person will find it hard to ‘decode’ the words and grasp what is written.

In the recent years Rabbi Dovid Dubov, shliach in New Jersy, has presented Reb Levik’s Torah in a clear and understandable fashion in the Yalkut Levi Yitzchok series on the Torah. In honor of the upcoming 75th yahrtzeit of Reb Levik, Rabbi Dubov continued his marvelous work and deciphered the holy words of the reshima, adding punctuation and many footnotes, allowing anyone the opportunity to learn and understand.