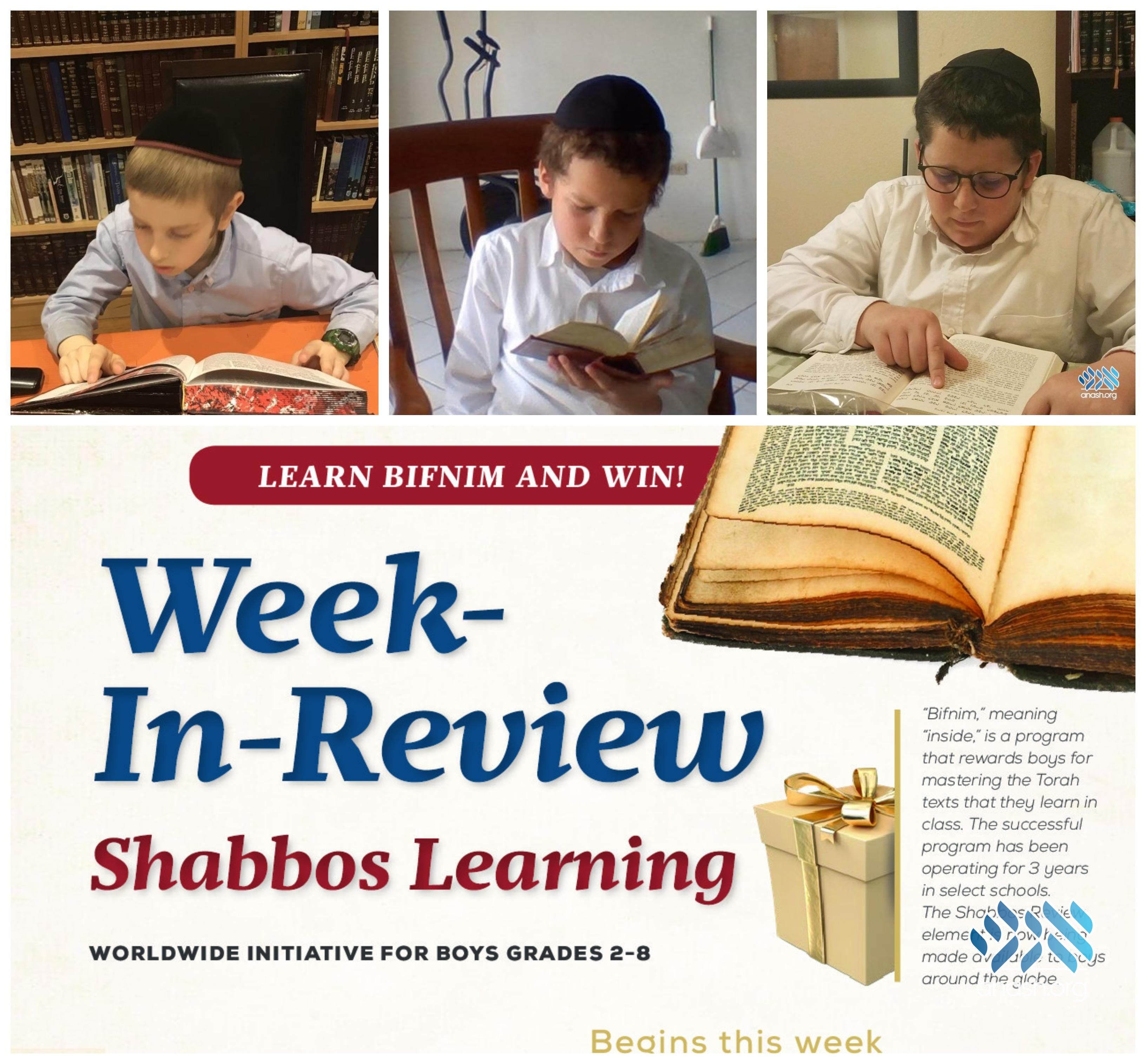 Igud Hamelamdim has announced the launch of an exciting review program to help boys master texts inside. Unlike the Igud’s ‘Bifnim’ program which is school-based, this initiative is open to boys everywhere.

After the amazing feedback of the Learn Bifnim and Win program just a few months ago, now with students back to their classrooms, Igud Hamelamdim stepped up their initiative with a new program to encourage boys to review and master Torah texts inside.

When Igud Hamelamdim launched the Bifnim year-round program four years ago, they sought to boost students in classrooms across the country who struggled with mastering the texts of learning.

They found students of all levels who were fluent in the topics discussed in class but could not translate and explain the words on the page. Through an incentivized review curriculum, hundreds of students from over 30 classrooms were motivated and trained in learning Gemara from a Gemara.

Today, the challenge of mastering the text has become even greater and the a review program is now more necessary than ever.

To this end, Igud Hamelamdim is launching a new worldwide initiative for boys grades 2-8 called Week-In-Review Shabbos Learning. Unlike the year-long program which is by school subscription only, this program is open to boys everywhere.

Here’s how it works:

1- Review with your father (or another adult) the main subject material you learned in class this past week.
2 – Chumash, Mishnayos or Gemara “Bifnim” – reading and translating inside the Sefer.
3 – The learning must be at least 20 minutes (If finished, the main subject can go on to the next subject).
4 – Additional 10 minutes, in the same subject or in another subject, is another ticket in the Raffles.
5 – Exciting raffles will be held every Monday. Winners will be announced via email.
6 – Extended participation: Participate at least 17 Shabbosim and receive an automatic prize!
7 – The learning can be done on Shabbos or on Motzei Shabbos.